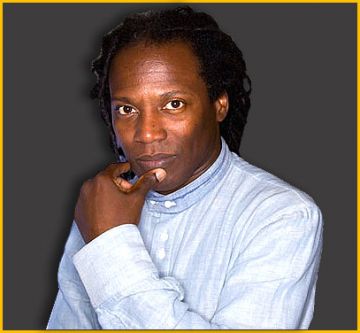 Ramón Valle (born 1964) was only seven years old when he started studying the piano at the Escuela Provincial de Arte in his home town of Holguín, Cuba. He graduated from Havana's Escuela Nacional de Arte in 1984. His exceptional talent was discovered in 1985 when he performed in a double concert with fellow Cuban pianist, Emiliano Salvador, who died prematurely seven years later.

As solo artist and as leader of the jazz quartet Brújula, Valle appeared at numerous festivals (Mexico DF, Bogotá, Havana Jazz Festival) and was soon an established name in the Cuban and Latin American jazz scene. In 1991 Silvio Rodríguez, founder of the Nueva Trova, asked him to join his band Diákara, which he stayed with until 1993.

The greatest talent among our young pianists,’ Chucho Valdés, prominent musician and founder of Irakere, used these words to introduce Ramón Valle on his debut album Levitando (1993). On this first CD, Valle revealed himself as a pianist with a sound of his own. Although the influence of classical music and especially of the triumvirate Jarrett-Corea-Hancock can be heard, the remarkable thing about Valle's music is his ability to weld these diverse influences to create a unique style that eludes traditional categories. Rather than being a pianist who plays Latin Jazz or Cuban Jazz, Valle is a Cuban jazz pianist. He produces pure, contemporary jazz. Although clearly present, his Cuban roots never form the basis of his pieces. In his own words: ‘I am a Cuban musician who falls within the category called 'jazz', but my music borders on many other musical forms. Sometimes I feel like a troubadour, because I tell stories, stories without words.’

At the same time, Valle charms his audiences with the charisma and expressiveness he brings to his renditions. His relationship with the piano is completely physical. His musical stories grip and enchant from the first. They tell themselves.

When he first performed in Europe -invited by Barcelona's Jamboree Jazz Club- critics were struck by Valle's virtuosity and technical perfection. Under the headline "Well-Earned Success", Spain's leading newspaper El País described him as: A pianist an with incredible technique. Besides being extraordinarily rhythmic, there are also depths of subtlety in his touch. His version of contemporary jazz is unexpected, versatile and seductive. A pianist with a great future.

After this European debut, Ramón Valle went on to great success at other European and Latin American venues. That same year saw the release of Piano Solo, his second CD. Comprised once again of his own compositions, it was characterized by great originality and powerful lyricism, but especially by Valle's ability to evoke diverse atmospheres within a single composition. In 1998 Ramón Valle settled in Europe, where his tours of Germany, Spain and Scandinavia have elicited unanimous praise: Valle is pure energy... a whirlwind that drags along everyone and everything... Valle is risk, challenging the audience with unbounded creativity that refuses to bow to the slightest concession... Valle is Jazz... Valle demonstrates that the world of jazz needs to reserve a separate chapter just for him.

The audience was witness to this at his first appearance in the North Sea Jazz (2000), where Valle was described as the great surprise of the festival. And again, at the 2001 edition of the North Sea Jazz he demonstrated why, together with his quartet and the Canadian flutist/saxophonist Jane Bunnet. The press wrote about his compositional and pianistic skills: Ramón Valle composes themes of unsurpassed beauty, then takes intense delight in tearing them apart. But what blissful staccato! His piano is "free" but never freaky. Warm romantic themes, which he caresses lovingly, then suddenly strangling them with equal lovingness. Valle never loses himself in his battle against his own romanticism. He stays in command, even teasing audiences with his 'Jazz Cubano'.

In 2002 Valle first recorded with the German label ACT, Danza Negra. It is a personal, unorthodox view of the work of Ernesto Lecuona, one of Cuba's great classical composers. Surrounded by his quintet, with Perico Sambeat on alto sax and Horacio 'el Negro' Hernández drums, Valle created with this contemporary interpretation a bridge between Cuba and jazz, between the present and the past.

In the same year Valle was discovered at international festivals such as the Montreux Festival, the Leverkusen Festival and, in his own country, at the festival de Jazz Plaza Habana as a pianist and composer who is clearly following his own path in his music.
In 2002 Valle met the trumpeter Roy Hargrove, and their musical rendez-vous resulted in a performance by the Ramón Valle Quitet featuring Roy Hargrove during the North Sea Jazz 2003. Hargrove commented on Valle after their first concert together: ‘I was totally blown away. There is lots of sensitivity in his playing. The music was incredible. Ramón is such a great talent. He' s got a good touch and amazing dexterity and nice ideas. He knows how to play soft and he still like builds so many things. There's so many bags he can reach from. It’s really a pleasure listening to him and play with him as well.’

In January 2003 Valle proved his talents as orchestra leader and composer in the large hall of the Royal Concertgebouw in Amsterdam, where Mixed-up Mokum was premiered, a composition for the city of Amsterdam commissioned by the Amsterdams Foundation for the Arts. It is intended for an ensemble of ten musicians, and moves in the shadowy area between jazz, improvised music and classical music. In four movements Valle tells us about his first impressions of Amsterdam.

On his second CD with ACT, No Escape (2003), Ramón Valle not only makes a name for himself as a composer of brilliantly unique music, but once again excels as a Jazz musician beyond categorization, a master of all the facets of contemporary playing. Valle shows with highly original compositions how he tries to makes a new inroad into Cuban jazz.

His own approach is, as he puts it himself 'not one hundred percent Cuban, but one hundred percent me, my trio. I would like to break with the label Latin Jazz that everybody knows so well and that people associate with hot congas.’ In No Escape Valle explores his earlier narratives further, in close collaboration with his musicians who each have their defined role in the trio. ‘That is what I am looking for in my music: three rhythmic levels, three melodic lines who meet on the way. Three communicating vessels. This album is the result of a conversation with my musicians. Music is talking, raising your voice, voicing your opinion. Every day when I sit down at the piano is another quest for new words. For my own voice.’ 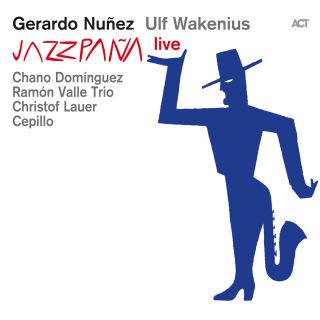 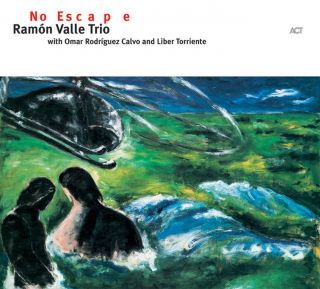 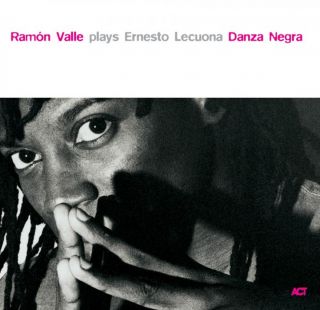 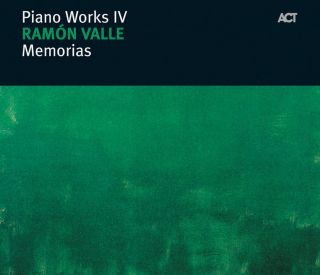