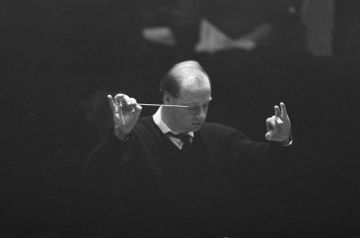 Bernard Haitink was born in 1929 in Amsterdam and his interest in music was first stimulated when, as a child, he would go to hear concerts given by the Amsterdam Concertgebouw Orchestra under Willem Mengelberg. He joined the Netherlands Radio Symphony Orchestra as a violinist but in 1954 and 1955 attended the annual courses for conductors organised by the Netherlands Radio Union. This experience led directly to his appointment in 1955 as second conductor with the Union, sharing responsibility for four radio orchestras.

Mr Haitink first attracted attention when in 1956 he substituted for Carlo Maria Giulini in a performance of Cherubini’s Requiem with the Concertgebouw Orchestra. Having become principal conductor of the Netherlands Radio Philharmonic Orchestra in the following year, he made his American debut in 1958, with the Los Angeles Philharmonic Orchestra, and first appeared in Britain in 1959, on a tour with the Concertgebouw Orchestra.

Following the unexpected death of the Concertgebouw Orchestra’s chief conductor Eduard van Beinum, also in 1959, Haitink and Eugen Jochum were appointed joint chief conductors of the orchestra in 1961. This arrangement lasted until 1963, when Haitink assumed full responsibility for the orchestra. He was appointed chief conductor of the LPO in 1967 and, between 1970 and 1979 he was also it's artistic director. Haitink made his debut at the Glyndebourne Festival Opera in 1972, conducting Mozart’s Die Entführung aus dem Serail. Two years later he succeeded Sir John Pritchard as the Festival’s chief conductor, a post that he retained until 1988.

Haitink’s reserved exterior is deceptive when it comes to making music. In works with which he identifies deeply, such as the symphonies of Mahler, he is able to deliver performances of great power and passion. He is without question one of the finest conductors of the symphonies of Bruckner, possessing complete command of their individual musical architecture.

Haitink has been such a ubiquitous figure in European and American musical life that it has been easy to take him for granted; this is to do him a major injustice. As his extensive recorded repertoire demonstrates, he stands in the direct line of the great European conductors of earlier generations such as Richter, Nikisch, Weingartner and Mengelberg. 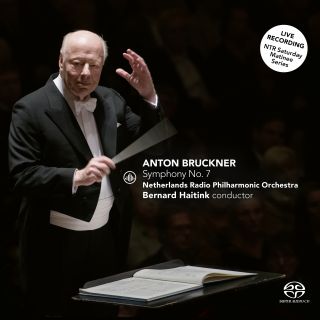 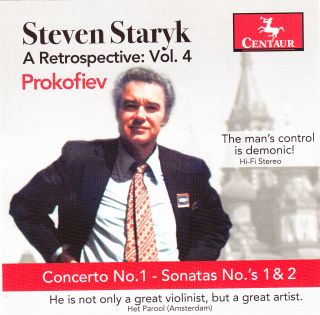 Sergei Prokofiev
€ 14.95
Add to cart
Product is on stock 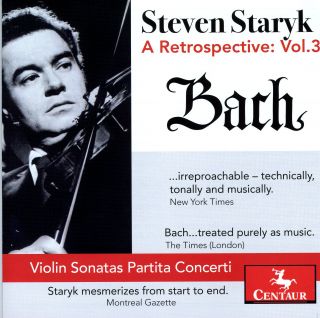 This registration allows us to experience the afternoon of gratitude.

"
01-12-2021 Scherzo
"By the way, taken as a whole, this account is excellent and will delight any Brucknerian. The recording is outstanding, so accomplishing a disc that looks like a perfect homage to this great conductor that just left us.
"
01-12-2021 Luister
"
The performances are more subtle than dramatic and the fire is created in part by the very direct recording
"
01-12-2021 Klassieke Zaken
"
The brittle conductor received a standing ovation on attendance
"
20-10-2021 De Gelderlander
"

Bernard Haitink signs for intimate moments that glisten with loving details, while at the same time building powerful cathedrals of sound and expression. A great achievement, especially for the orchestra that really surpasses itself.

"
13-10-2021 Musicweb International
"there is nothing about this to dislike; it is steady, calm Bruckner which builds inexorably to climaxes and trips along winningly in the bucolic passages."
13-10-2021 The Violin Channel
"Legendary, emotional and unforgettable."
08-10-2021 Pizzicato
"Suppleness and lyricism characterize this very fine version of the symphony. Haitink brings out the melodies and the colors."
01-10-2021 Presto
"Classical Source described the performance as 'an enriching, inexorable voyage, no other view seeming conceivable or needed'."
30-09-2021 Het Parool
"

It is clear that the recording with the RFO can certainly stand next to the other recordings Haitink made of the piece, or even surpass them, assuming, certainly, that this is a genuine live event and nothing has been edited.

"
30-09-2021 De Volkskrant
"Sovereign remains sovereign. And this album a document."
24-09-2021 Opus Klassiek
"We hear a beautiful, perfectly sized Seventh by a fantastic orchestra, led by a wonderful Bruckner conductor."
10-11-2014 BR - Prisma
"The London 'Don Juan' from 1992 is phenomenal: perfectly worked through, masterfully disposed and flexible in the composition of the tempo. Haitink just knows how to do it...."