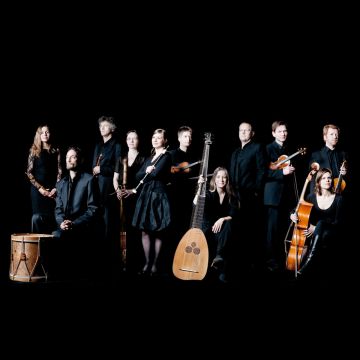 The Elbipolis Baroque Orchestra Hamburg is formed from a nucleus of leading musicians from Bremen, Hamburg and Berlin and has already notched up considerable achievements to its credit: the milestones marking their biography include repeated invitations to the  Cologne Philharmonie and to Das Alte Werk of the NDR–North German Radio Hamburg, to festivals such as the Schleswig-Holstein Music Festival, the Leipzig Bachfest, the  Potsdam Sanssouci Music Festival, the Herne Tagen Alter Musik – Days of Early Music, the Bremen Musikfest, the Brügge Musica Antiqua Festival and the Rheingau Music Festival. In 2010 the ensemble was invited by the Goethe Institute to perform concerts in South America, in April 2011 Elbipolis made their debut in Brussels at the invitation of the Palais des Beaux Arts.

Since 2008 ELBIPOLIS has regularly accompanied the Schleswig-Holstine Music Festival Chorus under the baton of Rolf Beck, also the NDR–North German Radio Chorus under Philipp Ahmann. These productions brought the ensemble to Prague, Luxembourg, South America and Warsaw.

After two conceptual CDs on the history of music in Hamburg for the Raumklang label, in December 2009 a Christmas CD with the soprano Deborah York was released by Edel Classics. In 2010 dhm/Sony released a recording of Handel’s “Judas Maccabaeus” with the Schleswig-Holstein Music Festival Chorus under the direction of Rolf Beck.

In 2008, in cooperation with the NDR, the Berlin RADIALSYSTEM V and Kampnagel in Hamburg, the innovative concert series Baroque Lounge was launched, an encounter between Baroque music and electronics. This new event format has in the meantime become so successful that in the 2011/12 season Elbipolis was invited to perform in the major concert halls of the Netherlands, among other venues. Their favourite partner for the Baroque Lounge is the Berlin musician Brezel Göring (Stereo Total). 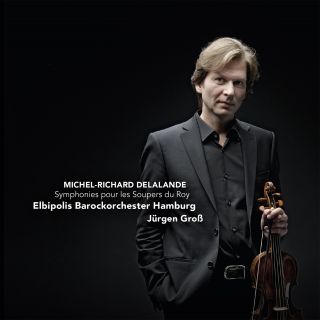 Johann Christian Schieferdecker
Product is no longer available
08-07-2015 Gramophone
" "
01-06-2015 Klassieke Zaken
""The dozen musicians of Elbiplis regularly arouses the impression to be at least with twice as many, so tastefull and festive it all sounds.""
01-06-2015 Luister
""That is how it should have sounded at the French court.""
19-04-2015 The Observer
"[''].. I was surprised by the richness and depth of this music for Louis XIV.""
13-04-2015 rbb Kulturradio
"CD of the week
"The twelve Elbipolis musicians connect tonal ingenuity with lightness and rhythmical precision. Delalande's music for Ludiwg XIV. is a real discovery.""
01-04-2015 Classical Music
"["].. If Louis XIV was publicly eating his supper at Versailles, he could hardly wait to do so in silence." "
01-04-2015 Early Music Review
"["].. This music is truly delightful - it's easy to see why the Sun King made Delalande such a prominent figure in the musical life of his court.""
25-03-2015 De Standaard
""The lively play of Elbipolis leaves little doubt: their sounds are dancing energetically through the room."
"
21-03-2015 Rondo Online
"(...) refreshing and noble, so relaxing and endearing (...)"
19-03-2015 BR Klassik Leporello
"(...) soulful and elegant, colourful, fiery up to the boarder of ferocity."
15-03-2015 Sunday Times
"[''].. The result is music of magnificence and touching eloquence." "
09-03-2015 MDR Figaro
"CD of the week
"This new CD of the Elbipolis Barockorchester absolutely appetising, fits to a good dinner and it is not for nothing that is is our CD of the week.""
09-03-2015 MDR Figaro
"CD of the week"
07-03-2015 The Times
"5*****
[''].. I'm amazed that Louis and his court didn't abandon their nosh and start dancing, so nimble and lyrical is the music.''
"
04-03-2015 Hamburger Abendblatt
"It is worth to listen to it closely. Especially if the music is interpreted in such a thrilling way as it is on this CD. The ensemble and the conductor combine rhythmical precision with refinement and lightness and revive the special attraction of this music.  "
01-02-2014 Pizzicato
"Bach, transcribed, sensed and danced"
01-02-2014 Early Music Review
"The playing is excellent and the recording brilliantly clear."
01-02-2012 Music Web International
"This is a very fine recording of some genuinely entertaining and frequently surprising music. The musicians of the Elbipolis Barockorchester Hamburg are to be applauded for their superb interpretations of this unknown repertoire, here to be found in its world première recording."
01-01-2012 Toccata
"The accomplishment is slim, bold and funny."
01-01-2012 BBC Music Magazine
"stylishly played, and liberally garnished with percussion"
01-12-2011 Early Music Review
"their sense of pacing and phrasing is immaculate, as is the balance between instruments and the beautiful sounds they make together"