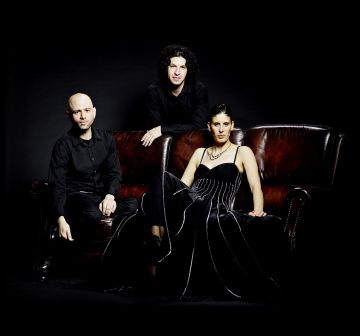 Berlin based Israeli born Pianist Ohad Ben-Ari, violinist Daniel Bard and cellist Hila Karni create a unique musical tapestry of exquisite sounds that expresses their extraordinary sensitivity, mature understanding and rich experience of music making.
In 2007, the Trio won first prize at the prestigious International Chamber Music Competition in Trieste, Italy, as well as receiving the Special Prize for their interpretation of a Brahms Trio and the "Young Award". In addition, they have won the audience prize at the 2008 Bologna Festival. Marcello Abbado, the noted Italian musician and composer dedicated a new work to the group, titled "Trio Mondrian". In 2009 the trio has been awarded a fellowship from the Borletti-Buitoni Trust in London after being selected as winners of the Trust for that year.

Trio Mondrian performs regularly in Israel and Europe. Their first recording has been released with works by Brahms and Dvorak. A second album, with the trio masterpieces of Ravel and Shostakovich was recently recorded in Berlin and is about to be released early in 2012 on dutch classical music label "Challenge Records". This year the trio is giving their debut performances in London, Berlin and Amsterdam. 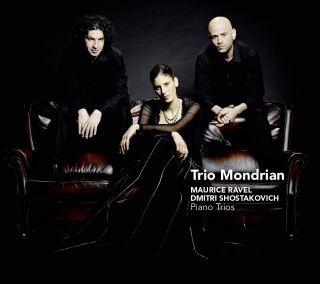