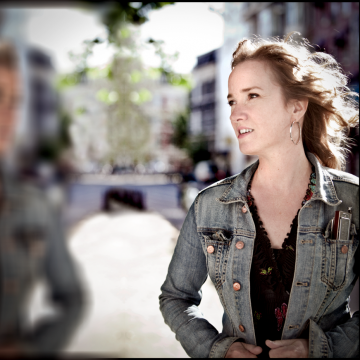 Hermine Deurloo studied saxophone at the Amsterdam Conservatory. At the same time, she taught herself to play the harmonica. She primarily plays jazz but occasionally performs with classical or pop bands. She has performed all over the world and with musicians such as Tony Scherr, Han Bennink, Willem Breuker Kollektief, The Schonberg Ensemble, Candy Dulfer, The Metropole Orchestra. In October 2012, her latest CD, "Glass Fish" is released by Challenge Records, where Hermine is accompanied by some of the best of the Dutch jazz scene: Tony Overwater, Jesse van Ruller, and Joshua Samson. Previous CD's released by Hermine are "Crazy Clock" (2005), recorded in New York with producer/guitarist/singer Tony Scherr, who plays with Bill Frisell and Norah Jones; "Soundbite" (2006), produced by Reinder van Zalk from Earforce; "Live in de Tor" (2007) with musicians Jan Wessels, Peter Nieuwerf and Ruud Ouwehand.

Hermine played music for many films like recently for the Los Angeles based filmcomposer Austin Wintory, for a film of Amin Matalqua. She's also been a guest solist on many CD's and played with a variety of groups, such as Bennie Sings and The Rigidly Righteous. Hermine has appeared on TV several times, in prime time programs such as "De Wereld Draait Door" and "Klokhuis". In 2011, Hermine was interviewed for the daily news item on RAI 3 in Italy. 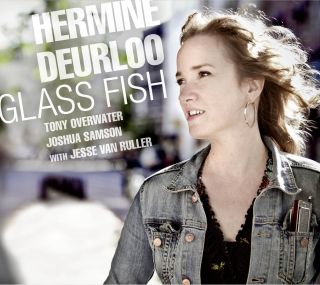 Product is no longer available
13-07-2014 VeraVingerhoeds.nl
"Inspired by Toots Thielemans she developed an intimate and lyrical sound."
07-07-2014 Tubantia
"A world of sound without unessential notes, where the beautiful melody dominates."
27-08-2013 Challenge
""Hermine Deurloo plays fresh and flawless, with seemingly effortless ease""
27-08-2013 Jazz
""Nice how Glass Fish technic and musical emotion go together""
08-02-2013 Nederlands Dagblad
"Impressive how Deurloo manages to combine technical mastery and emotions on Glass Fish."
08-02-2013 Nederlands Dagblad
"Skillful, how Glass Fish technical
delights and musical emotion
accompany eachother"
01-12-2012 Jazzmozaiek
"Through the subtle accents Hermine Deurloo creates a rich and varied sound in which her masterful control of the chromatic harmonica is beautfully obvious."