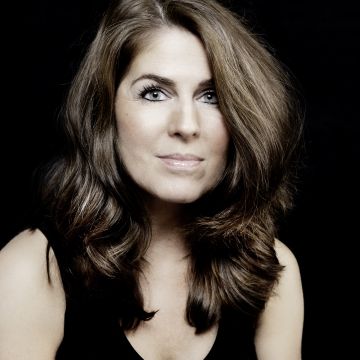 The pianist Hanna Devich was born in Budapest and comes from a musical family. She was invited at the tender age of ten to join the young talent class of the Franz Liszt Academy of Budapest. Here she received her soloist diploma in 1991. She followed masterclasses from Gyorgy Sebok, Gyorgy Kurtag, Zoltan Kocsis and of course from her father, Sandor Devich.

Hanna Devich has been living in The Netherlands for a number of years and is well loved as a concert pianist, having performed and recorded extensively as soloist and chamber musician. She also is an experienced chamber music coach. As a member of the Ensemble Contrasten, Hanna won the third prize in the International Chamber Music Competition of Caltanisetta.

Together with soprano Vera Lansink she formed a duo performing songs by Gershwin, Bernstein and many other romantic works.

In 2005 Hanna made the first recording of the Piano Concerto by Geza Frid for Hungaroton. In 2003 she met the South African violinist Sarah Oates and the Dutch cellist Jasper Havelaar. After their first performance in Germany, the three were convinced they had found the ideal chamber music partners.

In a short time the Devich Trio managed to show a very impressive repertoire list. The number of concert engagements is increasing every year, with bookings in Holland, Germany, Belgium, Hungary, Singapore, India and Curacao.

In 2005 the trio won the public prize at the Uitmarkt in the Concertgebouw, Amsterdam. 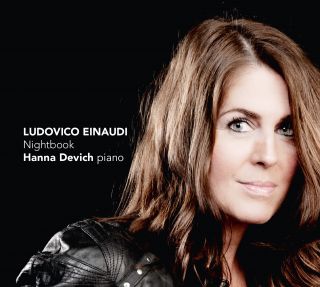 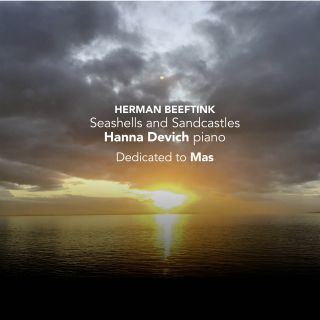 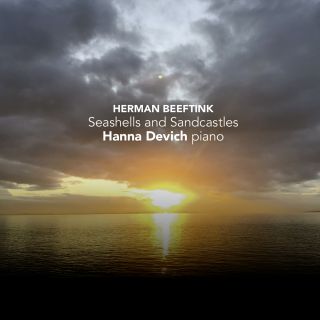 Seashells and Sandcastles (digital only)

Let me know when available - € 0.00
24-04-2014 Pianowereld
"A must have!"
10-12-2013 Akkoord Magazine
""While Einaudi performs his own music very serene and balanced, Devich plays with emotion, tempo changes and dynamics differ. The result of her interpretation speaks for itself""
29-08-2013 klassik.com
"Her play is a felicitous assortment of clarity and emotionality and very sensitive in dynamics."
17-05-2013 HP de tijd
"Nightbook is a small miracle."
05-05-2013 Opzij
"The Hungarian approaches Ludovico as she would approach Chopin. Without sensationalism, with restrained drama. An ambitious project that largely succeeds: Einaudi remains feather light but his compositions seem far from interchangeable"
22-04-2013 Luister
"The recording and performance are alright, but this does not really matter."
01-03-2013 Luister
"This being your first album, did you experience a significant difference between playing live and recording an album?

Valentina: "The first piece I ever won a prize for - I was twelve years old - was a Bartok sonatina. My Hungarian grandfather used to sing the songs connected to this music to me. I felt that the emphasises were different than in Dutch. I asked my mom if we had any more Hungarian music on CD. That's the way I discovered I wanted to play these pieces. I used to play the Romanian dances by Bartok over and over. That music is beautiful beyond words! When I was asked to put together a CD programm, I reacted: what can I add to the music that's already out there? I soon found out that the Hungarian music suited me well."
"
01-03-2011 ensemble
"The musicians of the Devich Trio don't out on spanish masks, they live the music they play and start a celebration of rhythm, melody and colour."