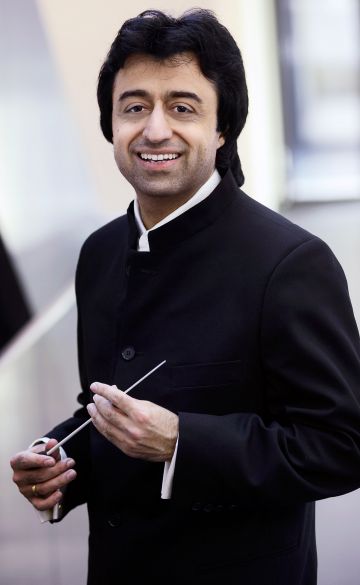 For sixteen years – from 2002 to 2018 – Ruben Gazarian was the Artistic Director and Principal Conductor of the Württemberg Chamber Orchestra Heilbronn. Both the orchestra and the search committee elected him unanimously. In more than 860 concerts and 26 CD productions of this time, he enriched the standard repertory of the orchestra by occasionally expanding it to symphonic dimensions and by selecting numerous works from the Romantic and early modern eras as well as from the avant-garde. In recognition of his achievements during the long Heilbronn tenure, he was awarded the Golden Coin of the city in 2018.

In addition to his Heilbronn position, at the beginning of 2015 Ruben Gazarian became the Artistic Director of the Georgian Chamber Orchestra Ingolstadt. In the same manner, this appointment arose from the unanimous wish of the orchestra, its management and the cultural representatives of the city. In May 2017, the contract between the Georgian Chamber Orchestra and Ruben Gazarian was extended by another three years. In advance, the orchestra expressed its unanimous support for the renewal of the contract.

Ruben Gazarians musical education began quite early. His father gave him his first violin lessons at the age of four. He was educated at the music college P.I. Tchaikovsky and studied further at the National Conservatoire in Yerevan, where one of his teachers was Ruben Aharonian, the first violinist of the famous Borodin Quartet.
His career as a performer started in 1983, with recitals, chamber music and soloist appearances with chamber and symphonic orchestras.

In 1990 Ruben Gazarian became the violinist of the piano trio of the State Radio of Armenia – the youngest violinist ever in the ensemble’s history. In addition to its numerous concerts at home and abroad, the trio made a number of recordings for the archives of radio and television.

In 1991, Gazarian was appointed first violinist and soloist of the National Chamber Orchestra of Armenia.
In October 1992, he entered the Leipzig Conservatoire (Hochschule für Musik und Theater Felix Mendelssohn Bartholdy) for a postgraduate violin study, concluded it in 1995 with the obligatory concert performance, after which he registered for the curriculum of orchestra conducting, graduating in May 1998 with first-class honors.
From 1993 to 1998, Gazarian held the position of the first concertmaster of the Westsächsisches Symphonieorchester (Symphonic Orchestra of Western Saxony). In 1999, he was appointed principal conductor of this same orchestra after a long selection process, thus becoming Germany’s youngest principal conductor at the time, a position he kept until the summer of 2002.

Shortly before taking up his position in Heilbronn in September 2002, Ruben Gazarian became a laureate of the first “Sir Georg Solti” international conducting competition in Frankfurt am Main. 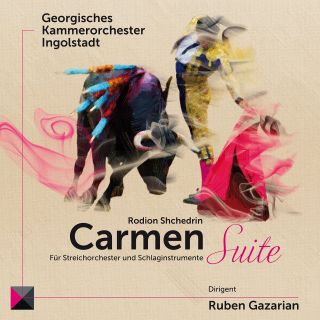 Rodion Shchedrin
€ 19.95
Add to cart
Product is on stock