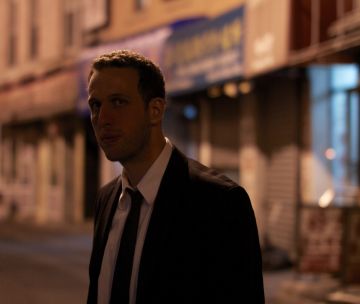 Elan Mehler grew up outside of Boston and started playing piano and composing at the age of 6.  A graduate of the NYU Music program where he studied with jazz with pianists Frank Kimbrough and Don Friedman and classical with Deirdre O’Donahue.  In 2000 Elan spent a year in Paris being the house pianist at the “Malone’s Bar.”  Which he credits as the largest piece in his musical education.  On returning to NYC Elan formed his first trio and performed at the Knitting Factory, Tonic, Smalls, Barbes, The Elbow Room, The Living Room and any other room that had a piano and would let him in.  In 2006 he met BBC Radio Presenter and Record Producer Gilles Peterson at a solo piano gig in Switzerland and was subsequently signed to his fledgling Brownswood Records.

Called “disorienting and fascinating” by MOJO magazine and a “...refreshingly slow answer to our trashy nanosecond pop culture” by Time Out London, Elan Mehler, the pianist and star discovery of Radio 1 veteran Gilles Peterson has released three albums on Brownswood Recordings.  2007's "Scheme For Thought" called a "...work of mellow magnificence" by Time Out and garnering a four star review from MOJO Magazine, was selected as a top ten record of 2007 by the editor of Jazzwise Magazine.  2009's "The After Suite," "a masterpiece with a capital 'M,"  --All About Jazz, was hailed as "...positively rhapsodic" by Time Out.  2010's collaboration with the Oklahoman singer-songwriter Adam McBride-Smith, Half Seas Over, built  "...a productive relationship between two genres of music that few jazz artists other than Bill Frisell have managed to splice..." The Guardian, received a four star review from Uncut Magazine and  was called an "immediate contemporary classic" by Rockerilla. 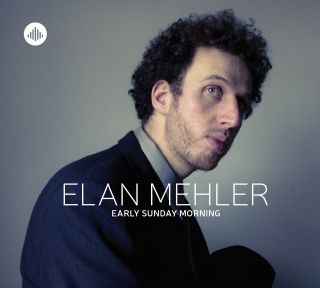 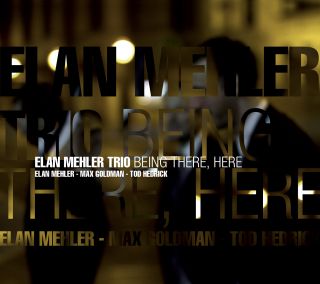 01-08-2014 Pianowereld
""Early Sunday Morning suggests timelessness, as if the music played on these controlled virtuoso, always has been here""
11-07-2014 Nederlands Dagblad
"Mehlers restrained play in chamber jazz combines the full wealth of classical pianoplay with the joyful exuberance of improvised music."
01-07-2014 De Pianist
"Where many jazz pianists lose themselves in virtuoso keys violence, Mehler remains a poet who sets up melody and harmony instead of virtuosity and explosion.

[...] Mehler puts the piano centrally by a peaceful tranquility and a perfect companion for a lazy Sunday morning. Beautiful."
01-07-2014 Pianowereld
""Elan's playing radiates calmness and repose, but is never boring or superficial.""
23-06-2014 Rootstime
"Mehler excels with his beautiful played tones and phrasing"
21-06-2014 WonderingSoundj
"Charismatic solo piano session from Elan Mehler, who maintains a steady peacefulness throughout the album, while tinkering with subtlety and nuance to provide the tiniest fireworks to brighten things up a bit. Some originals, some standards, and all of it beautiful.
"
13-05-2014 Plato Mania
"As album title implies, the album became an introspective collection of songs that expose his influences.  Both those from jazz and from pop and rock."
08-08-2013 UK Vibe
"The selection features some of the classic American songbook and beyond, plus some a contemporary Americana cover and one original piece. Overall there is a wonderful feeling of simplicity and economy of style about the trio with nothing ever rushed, and the empathy between leader Mehler, bassist Tod Hedrick and drummer Max Goldman is all too evident."
19-07-2013 The Jazz Breakfast
"Mehler and his mates also manage to play pretty music in a laid back way which nevertheless gets deep below the surface. A charming and rewarding listen, in short."
08-07-2013 Marlbank
"Mehler is a major talent although he is a modest person who probably doesn’t realise just how good he is. His gift is to channel atmosphere with a sensitivity and love of his material that shows in every note."
01-07-2013 Piano News
"A disc to enjoy, for a calm evenig with your loved and additionally a to the core unacademic lesson in Jazz."
05-06-2013 Audio Freaks
"The music, recording and the mastering deserve a big A !"
27-05-2013 Jazz Flits
"Elan Mehler is a very talented pianist. He creates a full, rich sound with minimal guidance."