Meta4, formed in 2001, is one of the most internationally successful Finnish string quartets. In 2004 it won the first prize in the International Shostakovich Quartet Competition in Moscow and was also awarded a special prize for best Shostakovich interpretation. The quartet enjoyed continued success in 2007, when it won the first prize in the International Joseph Haydn Chamber Music Competition in Vienna. Later that year the Finnish Minister of Culture awarded Meta4 with the annual Finland Prize in recognition of an international breakthrough. Meta4 was selected as a BBC New Generation Artist for 2008–2010 and in 2013 Jenny and Antti Wihuri Foundation awarded the quartet with a special prize in recognition of its work.

Meta4 performs regularly in key music capitals and concert halls around the world including Wiener Konzerthaus, Wigmore Hall and King’s Place in London, Auditorio Nacional in Madrid, Cité de la Musique in Paris and Stockholms Konserthus, and has also toured in Australia. Furthermore, Meta4 served as the Artistic Director of Oulunsalo Music Festival between 2008 and 2011 and was the quartet-in-residence at the Kuhmo Chamber Music Festival from 2008-2017.

The quartet has studied in the European Chamber Music Academy (ECMA) under Hatto Beyerle and Johannes Meissl. They have released three recordings on Hänssler Classics: Haydn’s String Quartets op. 55 1–3 (2009), which was awarded the esteemed Echo Klassik Award in 2010; Shostakovich’s String Quartets 3, 4 & 7 (2012), which received the 2012  Record of the Year award from the Finnish Broadcasting Company YLE as well as the Emma prize (the Finnish Grammy) in the category of the Classical Album of the Year, as well as Bartók’s String Quartets 1 & 5, released in 2014. The quartet has also released an album of Kaija Saariaho’s chamber music works (Ondine, 2013) and an LP of Sibelius’s String Quartet ‘Voces Intimae’ (Berliner Meister Schallplatten, 2013). An album with Brahms Clarinet Quintet and Gérard Pesson’s Nebenstück together with Reto Bieri, was released via ECM Records in 2019. The most recent albums of the quartet were breleased via Bis Records: their recording of octets by Mendelssohn and Enescu with the Gringolts Quartet was released in 2020 and fall 2021 saw the release of Oceano, Chamber Music by Sebastian Fagerlund. 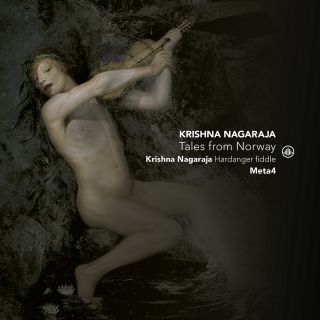 € 19.95
Add to cart
Product is on stock
12-05-2022 Pizzicato
"Despite the diverse genres that Nagaraja incorporates, he manages to create structured appealing music that can be listened to repeatedly. "
06-05-2022 Platomania
"But what Naragraja does solo for almost half an hour on the traditional Hardanger fiddle is of indesribable beauty."
08-11-2019 de Klarinet
"Quasi Morendo is a very successful CD, which shows that a well thought out program for a CD can still exist."
28-10-2019 Nieuwe noten
"We hear Bieri and Meta4 at their best here."