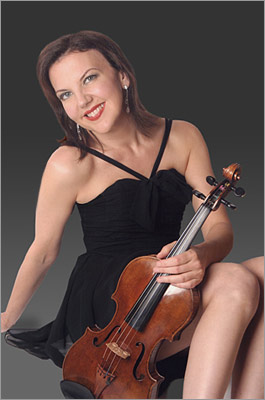 Tasmin Little has firmly established herself as one of today's leading international violinists. She has performed on every continent in some of the most prestigious venues of the world, including Carnegie Hall, Musikverein, Concertgebouw, Philharmonie Berlin, Vienna Konzerthaus, South Bank Centre, Barbican Centre and Royal Albert Hall, Lincoln Center and Suntory Hall.

She remains one of the few violinists to perform Ligeti's challenging Violin Concerto and has performed this work at the Berlin Philharmonie, New York Carnegie Hall, Salzburg Festival, BBC Proms, Amsterdam Concertgebouw and Philadelphia Kimmel Center.

In 2008, Tasmin launched her project, The Naked Violin, aimed at breaking down barriers to classical music by releasing a free album for download on her website, and performing in the community where music is rarely heard. Tasmin continues to present this project both in the UK as well as on tour in America, China, New Zealand, Ireland and United Arab Emirates (Dubai). 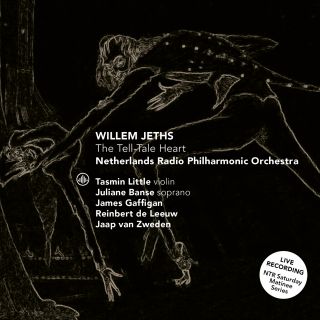 € 19.95
Add to cart
Product is on stock
22-05-2022 BBC Music Magazine
"There’s more than a touch of hysteria about these live recordings of works by Willem Jeths, a composer who describes his music as being ‘about extremes.'"