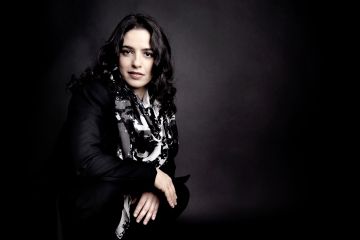 In 2013 she released her debut solo CD, Oscillations on the label Challenge Classics. The CD received much international acclaim and was selected as CD-of-the-Month on the German piano magazine 'Piano News'. In 2016 she released her second CD on Challenge Classics, featuring six Haydn sonatas. The CD was awarded the quarterly German Record Critics’ Award (Preis der deutsche Schallplattenkritik), selected as CD-of-the-Month on ‘Piano News’ and as CD-of-the-week on NPO 4 Radio in the Netherlands and was highly praised by the press.

Noteworthy stages she performed on include the Berlin Philharmonie and the Berlin Philharmonie Chamber Music Hall, the Beethoven-Haus Bonn, Berlin Konzerthaus, the Phillips Collection in Washington DC, Rose Theater at Lincoln Center, the Schumannsaal in Düsseldorf, and in Paris’s Salle Cortot, the Musée d’Orsay Auditorium, the Grand Salon of the Hotel des Invalides and others. Important festival participations include the Ruhr Piano Festival (Germany), Ravinia Festival (USA), La Roque d’Anthéron International Piano Festival, Menton Festival, Flâneries Musicales de Reims Festival and Musique-en-Brionnais (France); Verbier Festival (Switzerland), Upper-Galilee Chamber Music Festival (Israel) and others.  As part of the Lucern Festival in 2008, she was invited by Sir András Schiff to take part in a workshop on the five Beethoven concerti, which was also recorded and televised throughout Japan.

A passionate chamber musician, and devotes herself regularly to collaborations with other musicians and she enthusiastically incorporates non-standard repertoire into her programs. In spring semester of 2016 she joined the adjunct faculty at the Hochschule für Musik Freiburg, teaching chamber music. Since summer 2012 she is a collaborative pianist at Ravinia Festival’s Steans Music Institute in the USA.

In 2005 she completed four years of study with the renowned pianist Leon Fleisher at the Peabody Conservatory (Johns Hopkins University), earning a Master of Music with high honors and a Graduate Performance Diploma. Prior to that she received a Bachelor of Music from the Rubin Music Academy of the Tel Aviv University under the instruction of Prof. Emanuel Krasovsky, and her early education was with Hadassa Gonen at the Israel Conservatory Tel Aviv. Other piano guidance includes that of Elisso Virsaladze, Richard Goode and Prof. Zvi Meniker (on historical fortepianos). She is currently based in Berlin, Germany. 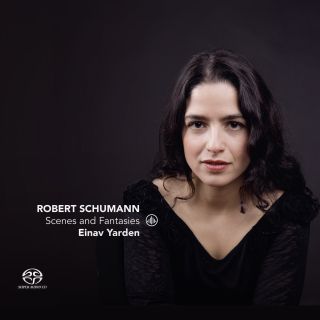 Robert Schumann
€ 20.95
Add to cart
Product is on stock 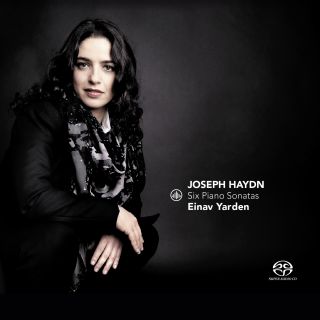 Ludwig van Beethoven, Igor Stravinsky
€ 19.95
Add to cart
Product is on stock
22-02-2019 ARTAMAG'
"Decidedly, this pianist is a poet."
07-09-2018 Piano News Magazine
"She executes these pieces with such depth and panache that it’s impossible not to listen with bated breath. Einav Yarden is a captivating pianist with a clear vision and a wonderful, convincing sound."
07-09-2018 Diapason
"

It should be emphasized that, on the threshold of this admirable and splendidly recorded piece, Fantasiestücke op. 111 sound as strange, enigmatic, fleeting and sombre as they should be.

She illustrates long, elegant musical lines, and in fact, the measuredness of her expression and sensitivity of her pianistic colors, emphasizes the wealth of imagination and unique magic of the pieces...

"
01-07-2018 Amadeus Magazine
"Yarden always shows her intelligence in repertoire choice, besides the indisputable qualities as a pianist. This record turns out to be especially close to her for stylistical kinship and deep understanding of the compositions."
15-06-2018 Fono Forum
"Poetry, passion, intimacy - these are terms that Einav Yarden likes to use in connection with Schumann, bundled in the generic term: the 'Fantastic"
15-06-2018 Fono Forum
"In Einav Yarden's way of playing Schumann, the vocal is always in the foreground"
08-06-2018 Mania
"In all the capricious passages, as a result of Schumann's great mood swings and depressions, she manages to guard the long lines in the music with her controlled play, while in the serene and the more light-hearted moments she takes the time everywhere."
06-06-2018 De Standaard
"The interpretation of the young Israeli pianist Einav Yarden lies in the right center between words, pathos and ethos… she fancies fancifully over the keys…”."
04-06-2018 HRAudio
"Yarden proves once again being amongst the best pianists around, delivering here an attractive, well balanced recital. [...] A deeply moving account."
27-04-2018 De Volkskrant
"Her new Schumann CD is a jewel. Yarden not only paints Schumann's free spirit, she can also handle the delusions of his later years."
26-04-2018 De Volkskrant
"4**** Her new Schumann cd is a gem. Yarden not only paints Schumann’s free spirit very accurately, but also handles the delusions from his later life extremely well."
12-04-2018 Stretto
"The new Schumann CD of the Israeli pianist Einav Yarden for Challenge Classics. Heavenly!
Her technique and acclaimed piano playing, at times vigorous and articulated, at times soft and intimately poetic, are here (again) expressed wonderfully."
01-02-2017 De Pianist
"She let them hear very nice piano playing: melodious with mulled pedal usage and dynamically nuanced"
15-12-2016 Audiophile Audition
"This is a very fine addition to the Haydn repertoire. If the sound is merely unremarkably good for a SACD, the playing is stupendous. I predict more great things from this young Israeli artist. Presumably another run at Haydn is in the offing, or following the logic of this recording, an investigation of lesser known D. Scarlatti."
24-10-2016 Gramophone
"Yarden clearly has much to say in this repertoire and she’s beautifully recorded too."
01-09-2016 Fono Forum
" "Einav Yarden displays an inventively intelligent Haydn, full of wit and abundance, with a delicate, varying touch... her playing is finely-spirited and artful [...].Yarden plays a wonderfully exuberant, vibrant Haydn, glowing, transparent, adventurous, at times intimately chamber-music-like, at times grand and orchestral. A voice for Haydn!"

"Best vote *****""
15-08-2016 NTR Radio 4 Plaatpaal
"Radio 4 Plaatpaal (extra airplay and attention on Radio 4 and website)"
01-08-2016 Péché de classique
"Un disque à ne pas manquer aussi bien pour les œuvres que pour leur interprète et pour la chaleureuse prise de son de Challenge Classics"
01-06-2016 Diskotabel Radio 4
"“Fantastic music, I love the Sturm and Drang style, the contrasting emotions, the whimsical. I myself like to hear this on a fortepiano because of the differences in nuance and colors it can give and I think the modern instrument lacks that, but this says nothing about how well this pianist is playing here, which is very good!” "
01-06-2016 Diskotabel Radio 4
"

"
01-06-2016 HRAudio
"" [...] This is a fine recital, which can safely be taken as a prime recommendation for enlarging your collection. ""
23-12-2014 DC Metro Theater Arts
"Einav employs superb dynamic sense, stellar pedaling technique, and exceptional “voice-leading” – the ability to find and tease out internal melodies from a massive cornucopia of notes – to make the piano tell a tale."
09-12-2014 DC Metro Theater Arts
"Ms. Yarden’s sparkling articulation almost jumps off the disk"
08-12-2014 Washington Post
"She paires Beethoven with Stravinsky to striking effect, merging that unlikely couple with imagination and exceptionally vivid playing."
01-03-2014 Fono Forum
"Almost too beautiful"
18-12-2013 International Records
""I listened to the two Beethoven sonatas first, and it was immediately apparant that a great virtue of Einav Yarden's playing is that she not only observes Beethoven's dynamics and articulation marks scrupulously but (and this is much more important) she understands the reason for his markings, so that it is their musical significamce that she conveys to the listener""
04-11-2013 Luister
""The pieces of Beethoven, which should illustrate her vision, she chose very well""
23-10-2013 International Piano
""Yarden has clearly absorbed a profound understanding of Romantic and modern pianism""
05-09-2013 Opzij
"''It is a living music, designed to titillate and amuse the player''

"
01-08-2013 Jüdische Allgemeine
"Yarden's fingers are brink, the recording has esprit and is of high entertainment value"
25-07-2013 NRC
"''The Israeli pianist Einav Yarden draws attention to the original composite album Oscillations, that Beethoven and Stravinsky links together.''
"
14-07-2013 Deutschlandfunk
"Einav Yarden has an excellent feeling for musical moods and a masterly culture of touch and piano precence"
01-07-2013 Piano News
"A fascinating debut-CD of a wunderful musician"
01-07-2013 www.opusklassiek.nl
""The genius thing with Yarden is primarily her unprecedented high pianism in terms of the ultimate mastery of her instrument (no wish rests unfulfilled!), but most of all, the way in which all these diverse characters, not only within the program as a whole but also in the different pieces, managed to come together into a seamless exemplary total, especially in dramaturgical respect."
"
29-06-2013 The Independent
"Bright and intensive playing"
07-06-2013 Platomania
"A striking and succesful choice of repertoire, a succesful debut."
Haaretz Newspaper, Israel
"In an era where the concept of an album hardly ever exists, it’s a delight to listen to a CD that has a beginning, middle and end. Fascinating."