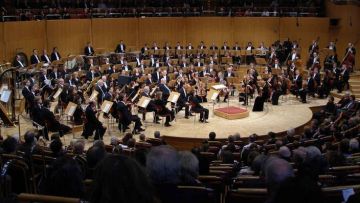 The WDR Symphony Orchestra defines the musical landscape of Nordrhein- Westfalen in an extraordinary way – through its subscription series in the Cologne Philharmonie and the Funkhaus Wallrafplatz as well as through its partnerships with the bigger concert venues and festivals of the region. Tours abroad and award- winning album productions underline the orchestra’s international significance as an outstanding representative of the German  orchestral scene.

Recordings of the performances of the orchestra led by its chief conductor Jukka-Pekka Saraste reach a large audience, both through the radio and television broadcasts of WDR and through digital media dissemination. The WDR Symphony Orchestra moreover has significantly contributed to the dissemination of classical music through its education programs.

During the 2017/2018 season, the WDR Symphony Orchestra celebrates its 70th birthday. After its foundation in 1947, the orchestra initially worked together with remarkable guest conductors. From 1964 onwards it developed long-term relations with the chief conductors Christoph von Dohnányi, Gary Bertini and Semyon Bychkov. Under their guidance, the orchestra developed a specialism in fields such as Gustav Mahler’s symphonies, as well as the performance of works by Dimitri Shostakovich, Richard Strauss, Sergei Rachmaninoff, Giuseppe Verdi and Richard Wagner. The orchestra has frequently toured through Europe, the US and Asia, and has made several live and studio productions.

Since the beginning of the 2010/2011 season, Jukka-Pekka Saraste has been engaged as chief conductor of the WDR Symphony Orchestra. The Finnish maestro put the music of his countryman Jean Sibelius in the limelight and created a Brahms cycle that was hailed far beyond the region. Other important accents of Saraste’s chief conductorship are European national Romanticism and the classical Modernists. 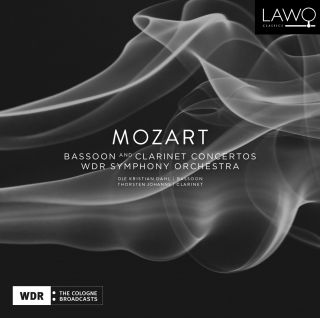 Wolfgang Amadeus Mozart
€ 19.95
Add to cart
Product is on stock
01-07-2016 Fono Forum
""A magical music that disguises its secret instead of simply disclosing it.""