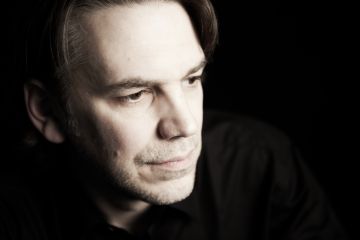 Hilko Dumno studied Piano, Chamber Music and Song Interpretation at the Hochschulen in Detmold and Frankfurt am Main. Among his teachers were Gregor Weichert, Rainer Hoffmann, Tabea Zimmermann and Eugen Wangler. He was a scholarship holder from the Endowment of the Arts, officially sponsored by the German Government, the Villa Musica Mainz and the Yehudi Menuhin Foundation.

He has regular collaboration with Christoph Pregardien, Johannes Martin Kränzle, Hans-Jörg Mammel, Georg Poplutz, Hedwig Fassbender and Julia Kleiter whom he has accompanied at various Festivals among which are Schleswig-Holstein, Schwetzingen, Dresden, Luzern, Geneva, the Styriarte in Graz and the Schubertiade in Schwarzenberg. Further concert tours brought him to North America and Japan. He has taken part for several broadcasting productions in Germany, Austria and Switzerland. He has also produced CDs with Christoph Pregardien and Julia Kleiter, with Johannes Martin Kränzle and Hedwig Fassbender. Hilko Dumno teaches Song Interpretation at the Hochschule for Music and Performing Arts in Frankfurt am Main and gives regularly Masterclasses in Germany, Italy and France. 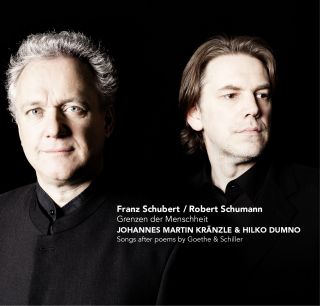 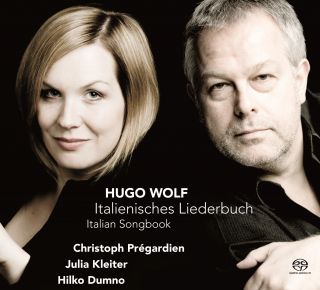 Hugo Wolf
€ 12.95
Add to cart
Product is on stock
01-01-2014 Das Opernglas
"His spectrum of timbre and his dynamic scope seem to be unlimited and his diction is always vivid and expressive."
01-11-2013 International Record Review
"No one who loves Lieder will want to be without this disc."
21-10-2013 www.opusklassiek.nl
""It's obvious that Kränzle and Dumno programmed this recital meticulously and that tension and relaxation are dosed in an intelligent and effective way"

With natural phrasing and vividly diction Kränzle assures not only ideal text-conprehensibility, but he also tuns into a suggestive tale-teller. He uses the wide palette of his vocal-colours wisely to trace the prevailling mood of the poems and to capture the audience's attention."
01-10-2013 Pizzicato
"the conceotion of the CD is acutely intelligent"
01-10-2013 Stuttgarter Zeitung
"Kränzle convinces with the power of his voice, he uses the vocal instrument skillfully to draw a picture of despair."
23-09-2013 www.writteninmusic.com
""And mainly in the high passages he pushes the boundaries of what sounds pleasant""
Klassik heute
"A natural born ballad-singer, the words intelligible and expicit, the performance extremely agile."