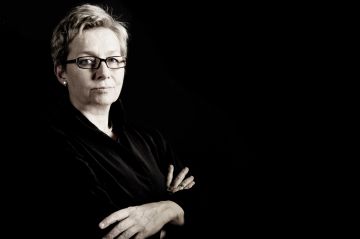 The Austrian conductor and leader of the L'Orfeo Barockorchester, Michi Gaigg, was deeply inspired as a student by the lectures given by Nikolaus Harnoncourt at the Salzburg Mozarteum. After completing her violin studies there she commenced learning to play the Baroque violin and studied with Ingrid Seifert and Sigiswald Kuijken.

Michi Gaigg accumulated valuable experience in internationally well-known ensembles such as London Baroque and with conductors such as Frans Brüggen, Alan Curtis, Christopher Hogwood, René Jacobs, Ton Koopman and Hermann Max. Together with Carin van Heerden she founded the L’Orfeo Barockorchester in 1996. 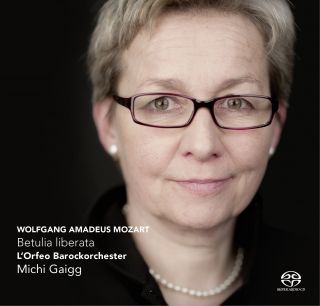 Wolfgang Amadeus Mozart
€ 16.95
Add to cart
Product is on stock
31-01-2014 Gramophone
"Mitchi Gaigg's exploration of the azione sacra Betulia liberata is the latest addition to what is turning out to be something of a purple patch for recording the early Mozart. "
01-11-2013 Opernwelt
"Michi Gaigg knows how to strike sparks with the fulminant playing L'Orfeo Barockorchester in that ambitious but static Oratorio."
01-09-2013 crescendo
"The package with hardcover an book is luxury"
01-07-2013 Das Opernglas
"she (MIchi Gaigg) knows how to staurate the music of the 18th century with vital freshness"
Das Orchester
"This complete recording of Mozart's oratorio is a experinence: drama combined with noblesse and perfection."