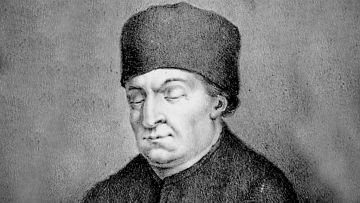 Though Paumann was born blind he became the best organist in all of Germany referenced as recently as the seventeenth and eighteenth centuries. He was also an instrumentalist who played not only the organ, but also the lute, recorder, harp and violin. During his musical service Paumann was in Nuremberg and Munich, remaining in the latter station from 1460 until his death. He was afforded the opportunity of travel because of his skill and renown though little is documented. It is clear that he played before the Burgundian court as well as in Milan, Mantua, Ratisbon and Salzburg. On a number of occasions he was also asked to examine new organs given his expertise. The works by Paumann that survive indicate dictated improvisations rather than compositions because of his blindness. He is attributed with the first German lute tablature and as being a virtuoso instrumentalist and composer. Characteristics of his organ music include ornamented discants, three part polyphony and foundations built upon tenor-countertenor voicings.