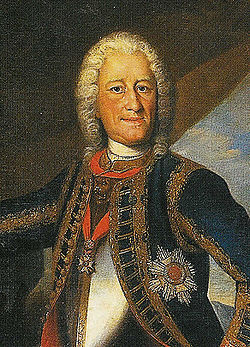 Christoph Graupner was a German Baroque composer and a contemporary of Johann Sebastian Bach, George Frideric Handel and Philipp Telemann. His music is heartfelt, refined, demanding and innovative. However, he is not as well-known as his contemporaries, since he had very few pupils and he music became inaccessible to the public for a long time after his death.

Graupner began his musical career as harpsichordist in the orchestra of the Hamburg Opera, where he became acquainted with Handel, who played the violin in the same orchestra. He also composed six successful operas in Hamburg.

In 1709, Graupner’s talent  was discovered by the  music-loving Landgraf Ernst Ludwig of Darmstadt (on the picture), who offered him the position of Kapellmeister at his court. There he was amongst others responsible for the weekly performances of sacred cantatas, of which he composed more than 1400. In 1722, he applied to the function of cantor at the Thomaskirche in Leipzig. The board preferred him above Bach, but he had to decline the offer at the request of the Landgraf, as a result of which Bach was eventually appointed cantor. In a letter to the city council of Leipzig, he expresses his appreciation for Bach, which is an indication of his modesty.

Graupner was modest to the point of requesting that all his music be destroyed after his death, even though they were admired for their excellent calligraphy. Fortunately, the court of Darmstadt obtained the rights over his music, which has therefore been kept in the local university library. Through that decision, Graupner’s oeuvre has survived the ages, but it remained inaccessible to the public for a long time, as a result of which it fell into oblivion until the beginning of the 20th century. 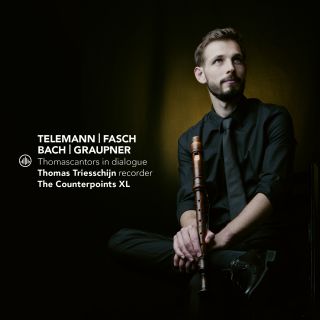 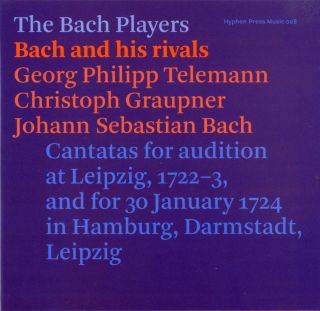 Bach and his rivals