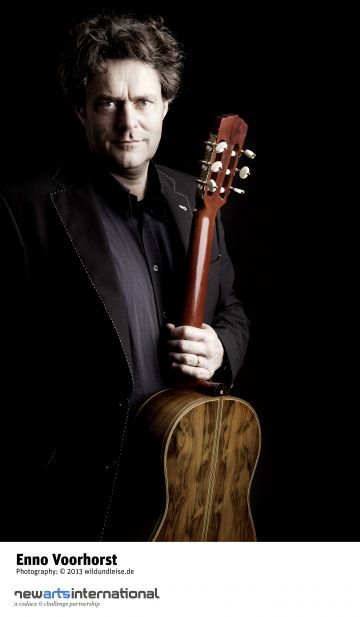 Enno Voorhorst was born into a family of musicians in The Hague, Holland in 1962. He studied the guitar with Hein Sanderink, Hubert Käppel and David Russell. In 1987 he won the first prize at the 7th International Guitar Competition in Hof (Germany). In 1992 he won the Dutch Guitar Prize and, in the same year, first prize at the Seto-Ohashi Competition in Japan. His solo concerts have taken him all over the world from Japan to El Salvador.

His first CD featured repertoire from Agustín Barrios Mangoré (Sony 1994, Brilliant Records 2005) and has earned international acclaim. Roberto Brocamonte, a student of Barrios, wrote about this recording “Enno’s tremolo is perfect. It seems that ‘The Indian of Paraguay’ composed it specially for these wonderful hands”. The Barrios specialist Rico Stover wrote about this recording: ‘This CD played by Enno Voorhorst is the best I have heard thus far’. In 2012 Jorge Morel dedicated ‘Recuerdos del Camino’ to Enno Voorhorst with a similar comment: ‘en tus manos, Dios pone el espíritu de Mangoré’.

After his next recording with music by J.S. Bach (Naxos), Enno recorded a second CD with repertoire by A. Barrios in 2001 (Naxos) and another one dedicated to the Mexican composer M.M.Ponce (Ottavo) which further demonstrates his love for South American music. This music is also largely represented in the programs of the Duo Macondo which he has together with the Russian-Mexican viola player Mikhail Zemtsov.

Recently Enno has formed a duo with the Dutch oboeist Pauline Oostenrijk which shows his great love for chamber music. Enno Voorhorst is currently Professor at the Royal Conservatory in The Hague, The Netherlands. 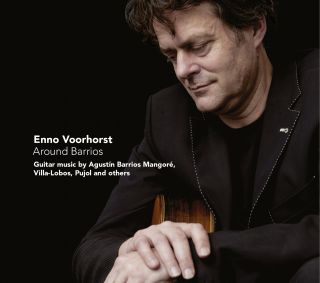 Agustín Barrios Mangore, Julio Salvador Sagreras, Antonio Lauro, Federico Moreno-Torroba, Francisco Tárrega, Emilio Pujol
€ 12.95
Add to cart
Product is on stock
30-10-2013 Opus Klassiek
""Enno Voorhorst is a guitarist who makes you forget the unruly guitar, and that's a great compliment""
28-10-2013 NRC Handelsblad
""The pieces are played fantasticly by Voorhorst, with it's deep sound, elegant virtuosity and wonderfully beautiful tone he lets every melody and harmony breathe and sparkle""
18-09-2013 Gitarre & Laute
"Enno Voorhorst shows once again his class - not with fittet virtuosity or new romances, but with musical convincibility!"