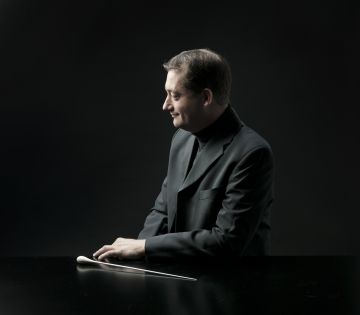 As well as offering the core repertoire of a conductor – symphonic works and operas - Claus Eﬂand regards himself as an ambassador of music from his native Denmark and the rest of Scandinavia. A major artistic goal is to bring the distinctive musical language of Nordic composers to a wider audience. This is especially true of the music of Danish composer Carl Nielsen which exerted a formative inﬂuence on Claus Eﬂand´s musical passions. Not only were they both born on the same island, but Eﬂand had the honour of performing on the composer´s famous Scamparella violin while studying in Denmark. As an expert in Nordic music, Claus Eﬂand conducts orchestral works by Nielsen, Grieg, Sibelius, Svendsen and others all over the world, some as ﬁrst performances.

Claus Eﬂand ﬁrst attracted international attention in 2004 as Second Prize Winner in the Donatella Flick Conducting Competition in London. Since then, his busy schedule as a conductor has taken him to Scandinavia, England, Germany, Italy and South America. He has worked as a guest with the London Symphony Orchestra, Bournemouth Symphony Orchestra, RTÉ National Symphony Orchestra of Ireland, Orchestra of the Komische Oper Berlin, Kammerakademie Potsdam, Brandenburger Symphoniker, Deutsches Filmorchester Babelsberg, with the Danish symphony orchestras in Odense, Aarhus and Sønderjylland, Lithuanian National Symphony Orchestra, Sinfonietta Riga, Orquesta Filharmónica de Mexico City, Orquesta Sinfonica Provincial de Santa Fe (Argentina) and Orquesta de Cadaqués (Spain). He has worked with soloists including Albrecht Mayer, Nikolai Demidenko, Natalie Clein and Rita Cullis. He enjoys a close relationship with the Deutsches Filmorchester Babelsberg, with whom, since 2011, he has given a series of sell-out New Year Concerts in the Berlin Konzerthaus. Claus Eﬂand has also earned a strong proﬁle as opera conductor. He led the critically acclaimed production of Rossini´s La Cenerentola with the Kammerakademie Potsdam at the Potsdamer Winteroper in 2010, with extra performances at the Brandenburger Theater. Furthermore he conducted a highly praised production of La Traviata at Teatro dell´Opera in Rome and various stagings at Teatro Lirico Sperimentale in Spoleto, (Italy) and with the Ensemble Orchestral de Paris.

At the Fynske Opera in Denmark, he led a new production of Donizetti´s Don Pasquale, and has been invited back for a new production in 2015. Claus Eﬂand started his musical career as a violin player, later studying conducting at the Royal College of Music in London and the Conservatoire National Supérieur de Musique et de Danse de Paris. After winning countless awards and prizes - among them the renowned Scandinavian Léonie Sonning Award as the most talented Danish conductor of his generation, and his success at the Donatella Flick Conducting Competition in London - he took up an invitation from Sir Colin Davis to become his assistant at the Dresden
Staatskapelle.

Claus Eﬂand is an exclusive artist with the label Challenge Records. In Autumn 2013 his ﬁrst CD Concertante with Sinfonietta Riga was released with the next one due in February 2014 - Nordic Atmospheres – including works by Nielsen, Vasks, Grieg and Sibelius. 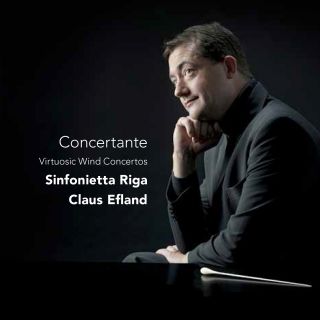 "A very good clarinet player.""
01-10-2014 hvt
""A northern adventure worthly of listening to""
01-05-2014 Gramophone
"Recommended for the unadventutous, who will find much to enjoy here."
01-04-2014 Early Music Review
"Solists and orchestra alike are great advocated of the music."
26-03-2014 Opus Klassiek
"There is an extra reason to buy this CD, and that's the wonderful recording quality combined with a gorgeous string sound."