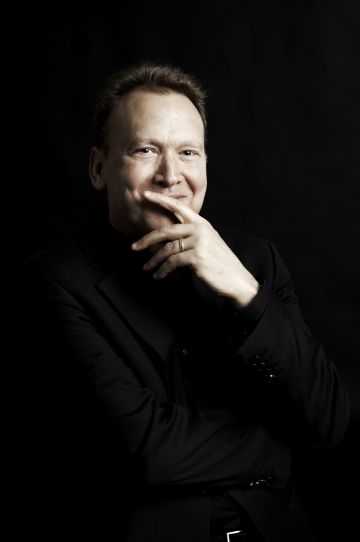 First Prize in the 1979 Naumburg International Piano Competition, held in memory of William Kapell, catapulted Peter Orth into the American musical mainstream with a highly acclaimed recital debut in Alice Tully Hall.  Not long afterwards he was awarded the Shura Cherkassky Prize by the 92nd Street Y in New York and the Fanny Peabody Mason Award in Boston.  Since that time, he has been heard as soloist with the Philadelphia Orchestra and the New York Philharmonic, the Chicago Symphony, as well as the orchestras of Detroit, Montreal, Pittsburgh, and Saint Louis.  Recently he has performed with such European orchestras as the Residentie Orkest Den Haag, the Orchestre National de Lyon and the Nord Deutsche Philharmonie. In February 2010, he gave a solo recital at the Metropolitan Museum of Art.

His recent recital at Alice Tully Hall was greeted by three standing ovations and praise in both the The New York Times and The New York Sun. This success brought Orth back to New York to Zankel Hall for another recital in October of 2007. Writing in the New York Times, Anthony Tommasini spoke about the tenderness and fervor of his playing, describing it as “...one long arc of inspiration.” In The New York Sun, Fred Kirshnit commented that “... the experience seemed like one continuous essay in profundity ….a commanding presence…..for sheer excitement, he is difficult to surpass.”

Mr. Orth has played under conductors Charles Dutoit, Zubin Mehta, James Conlon, Leonard Slatkin and Aldo Ceccato, performing in Carnegie Hall, Avery Fisher Hall, Kennedy Center, Chicago’s Orchestra Hall and the Pasadena Ambassador Auditorium.  Peter Orth has also visited the well-known festivals of Marlboro, Ravinia, Caramoor, Aspen, Bad Kissingen and Kuhmo/Finland. He returned to Siena for four performances of the Brahms’ Second Piano Concerto with the State Orchestra of the Ukraine.  His recent performance of the work with the Rostock Philharmonie was described by Musical America as a “technically and musically impressive performance of the cruelly difficult Brahms Second Piano Concerto.” In 2004, he was presented in recital by Steinway and Sons in New York and presented with a gold medal in honor of Steinway’s 150th birthday.

Besides his activities as a soloist, Peter Orth has a close artistic relationship with the Auryn Quartet with whom he tours the major European musical centers.  With the Auryn Quartet and Dietrich Fischer-Dieskau, he recently performed Schoenberg’s Ode to Napoleon. He has also made several tours with Music from Marlboro.

Peter Orth began his studies in Philadelphia with Benjamin Whitten. At the Juilliard School where he was a student of Adele Marcus, Orth was the first recipient of the prestigious Petschek Award. After graduation he received an invitation from Rudolf Serkin to participate at the Marlboro Festival and a subsequent offer to study privately at the maestro’s Institute For Young Performing Musicians in Guilford, Vermont. Later Orth encountered Sergiu Celibidache in Germany, for whom he played much of his repertoire. In Boston he coached for several years with Paul Doguereau who knew Ravel and had studied with Egon Petri and Emil von Sauer.

Since moving to Cologne in 1992, Mr. Orth’s European reputation has grown apace by appearing in such distinguished venues as Amsterdam's Concertgebouw, London's Wigmore Hall, and the Klavier Festival Ruhr in Germany. He maintains a special relationship with Italy where he plays regularly. He conducted two concertos from the keyboard with the Orchestra of the Ukraine at Tignano Castle outside Florence where he has been the director of Friends of Music at Tignano. He was re-invited for the 2009 annual Incontri Internazionali di Musica da Camera in Este founded by the Auryn Quartet where, besides playing a solo recital, he collaborates in chamber music performances.

Peter Orth can be heard on three compact discs: the two Piano Quintets of Gabriel Fauré with the Auryn String Quartet on the CPO label which was awarded Best Chamber Music recording 1998 by London's CD Classic magazine, a Brahms/Schumann album, and a Brahms album that includes the F Minor Piano Quintet and the Handel Variations, released in 2003 on the Tacet label. In Alfred Beaujean’s STEREOPLAY review, Orth’s playing of Brahms’ Handel Variations was praised for a “rich tonal palette greater than the Deutsche Gramophone recording of the same work by Daniel Barenboim.”  Orth’s recording of the Schumann Quintet and Quartet with the Auryns has received the Best Classical Recording Award from STEREOPLAY for March 2010.

He has been appointed Professor of Piano and Chamber Music at the Hochschule for Music in Detmold, Germany 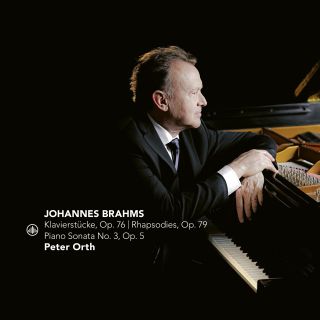 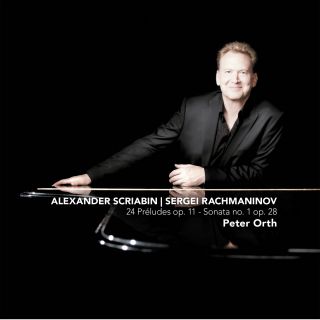 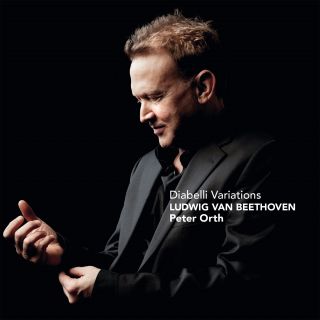 Ludwig van Beethoven
€ 12.95
Add to cart
Product is on stock
30-10-2020 BBC Music Magazine
"**** (four stars - out of five)
This selection of mature Brahms piano works is performed with great sensitivity and expression by Peter Orth, who injects every note with just the right amouont of colour and emotional power.
"
01-09-2020 clicmusique.com
"It is both a lucid and intelligently constructed conception of a music which never ceases to show its prodigious richness."
17-07-2020 Luister
"Orth plays firmly and mildly at the same time, he clearly states the outlines, but can also lose himself in atmospheric reverie."
19-02-2016 Musicweb International
""In summary a well-filled disc of two major but hardly well known works of the Russian piano literature, in what I think is a unique coupling. If you don’t know either, Peter Orth will be a valuable guide to these contrasted masterworks. There is very good sound and a booklet note which has the relevant background to each composer and his opus, but is a bit skimpy on the actual music.""
01-12-2015 Klassieke Zaken
"["].. The American pianist Peter Orth, who as a boy of six knew he wanted to be a pianist after he heard a recital by Arthur Rubinstein, played the Preludes of Scriabin with the perfect balance between form and content, an expressive and melodious toucher, flexible tension and organic phrasing.""
10-11-2014 Musik und Theater
"In every variation Peter Orth lets us feel the unbelievable menatl powers that drove Beethoven to create this beacon of his own power. He carries out a Sisyphean challenge and creates in us a new respect for the "speed" of the object."
23-04-2014 Klassiek Centraal
"You keep listening and re-listening - always a good sign - and hear almost ragtime in Beethoven ... thanks to daring rubato, surprising speed and a variety of musical "jokes" that Beethoven would have been very happy with in the first place."