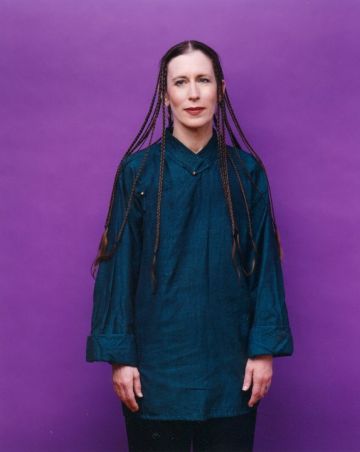 MEREDITH MONK (b. November 20, 1942, New York, NY) is a composer, singer, director/choreographer and creator of new opera, music-theater works, films and installations. Recognized as one of the most unique and influential artists of our time, she is a pioneer in what is now called "extended vocal technique" and "interdisciplinary performance." Monk creates works that thrive at the intersection of music and movement, image and object, light and sound, discovering and weaving together new modes of perception. Her groundbreaking exploration of the voice as an instrument, as an eloquent language in and of itself, expands the boundaries of musical composition, creating landscapes of sound that unearth feelings, energies, and memories for which there are no words. Over the last fifty years, she has been hailed as "a magician of the voice" and "one of America’s coolest composers." Celebrated internationally, Monk’s work has been presented by BAM, Lincoln Center Festival, Houston Grand Opera, London’s Barbican Centre, and at major venues around the world. Among her many accolades, she was recently named an Officer of the Order of Arts and Letters by the Republic of France and the 2012 Composer of the Year by Musical America. In conjunction with her 50th Season of creating and performing, she was appointed the 2014-15 Richard and Barbara Debs Composer’s Chair at Carnegie Hall. In September 2015, Ms. Monk received the National Medal of Arts from President Obama.

In 1968 Ms. Monk founded The House, a company dedicated to an interdisciplinary approach to performance. In 1978 she founded Meredith Monk & Vocal Ensemble to expand her musical textures and forms. As a pioneer in site-specific performance, she has created such works as Juice: A Theatre Cantata In 3 Installments (1969) and Ascension Variations (2009) for the Guggenheim Museum, and American Archeology #1: Roosevelt Island (1994). Monk’s award-winning films, including Ellis Island (1981) and her first feature, Book of Days (1988), have been seen throughout the world. Her music can also be heard in films by such directors as Jean-Luc Godard, David Byrne, and the Coen Brothers. In addition to her numerous vocal pieces, music-theater works and operas, Monk has created vital new repertoire for orchestra, chamber ensembles, and solo instruments, with commissions from Carnegie Hall, Michael Tilson Thomas/San Francisco Symphony and New World Symphony, Kronos Quartet, Saint Louis Symphony Orchestra and Los Angeles Master Chorale, among others.

Since graduating Sarah Lawrence College in 1964, Monk has received numerous honors including the prestigious MacArthur "Genius" Award, two Guggenheim Fellowships, three "Obies" (including an award for Sustained Achievement), and two "Bessie" awards for Sustained Creative Achievement. More recently Monk was named one of National Public Radio’s 50 Great Voices, and received a 2012 Doris Duke Artist Award, a 2011 Yoko Ono Lennon Courage Award for the Arts, and an inaugural USA Prudential Fellow award in 2006. She holds honorary Doctor of Arts degrees from Bard College, Boston Conservatory, Cornish College of the Arts, The Juilliard School, Mount Holyoke College, the San Francisco Art Institute and the University of the Arts. Monk has made more than a dozen recordings, most of which are on the ECM New Series label, including the 2008 Grammy-nominated impermanence and the highly acclaimed Songs of Ascension (2011) and Piano Songs (2014). Selected scores of her work are available through Boosey & Hawkes.

Among the many highlights of Monk’s performances from the last twenty years is her Vocal Offering for His Holiness the Dalai Lama as part of the World Festival of Sacred Music in Los Angeles in October, 1999. Several marathon performances of her work have taken place in New York at the World Financial Center (1991), Lincoln Center Music Festival (2000), Carnegie’s Zankel Hall (2005 and 2015), Symphony Space (2008) and the Whitney Museum (2009). In February 2012, Ms. Monk was honored with a remix and interpretations cd, MONK MIX, featuring 25 artists from the jazz, pop, dj and new music worlds. In March 2012, she premiered Realm Variations for six voices and small ensemble, commissioned by the San Francisco Symphony, and performed in John Cage’s Song Books as part of the symphony’s American Mavericks Festival. She is the subject of two new books of interviews, Conversations with Meredith Monk, by arts critic and Performing Arts Journal editor Bonnie Marranca, and Une voix mystique, by French author Jean-Louis Tallon. Monk’s newest music-theater piece, On Behalf of Nature, premiered in January 2013 at UCLA and continues to tour internationally. A recording of the work on ECM Records will be released in 2016. 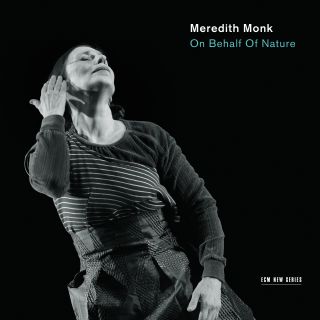 On Behalf Of Nature 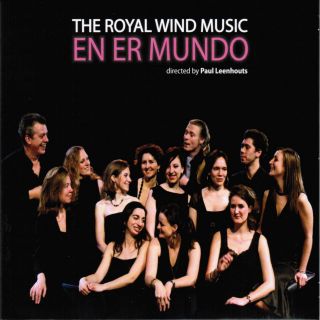 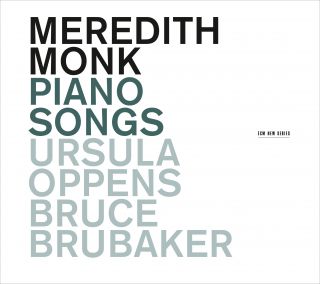 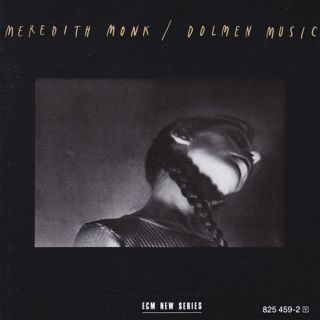