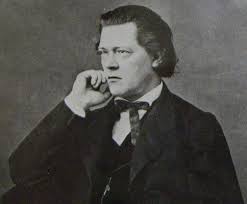 The saxon Theodor Kirchner (1823 – 1903), who composed mainly pianistic miniatures, was called to Winterthur in the year 1843 to start as an organist at the church by recommendation of Felix Mendelssohn Bartholdy. After moving to Zürich in 1862 he led the «Abonnement» concerts and a mixed choir next to his job as a pianist and as per 1871 as an organist at St. Peter’s church. He occasionally gave concerts with Clara Schumann-Wieck as a pianist, and he was friends with Johannes Brahms, Wilhelm Baumgartner and the medical doctor Theodor Billroth. Kirchner supported Schumann and Brahms, his examples, in Switzerland and put in circulation a lot of one and twohanded piano arrangements. 1872 he, who was tended by the publishers Jacob Rieter-Biedermann in Winterthur and the Hug brothers in Zürich, left the country to work for princess Maria von Sachsen-Meiningen as private pianist and later as music teacher in Würzburg, Leipzig, Dresden and finally Hamburg where he died in poverty. 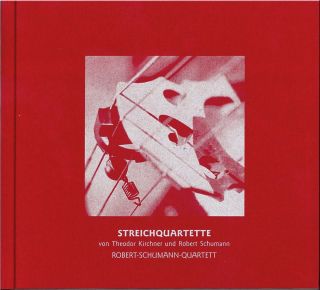