The Rotterdam Philharmonic is a modern orchestra which has its roots deep in the classical music tradition. It embodies the temperament of its home base, Rotterdam.

Experts say that it distinguishes itself by the intensity of its concerts, the rich variety of its sound and the bold way in which it communicates with its audiences. This is enjoyed by many Rotterdam residents and visitors from far and wide.
The orchestra also enjoys success on the world’s major stages. Critics are unanimous: this orchestra, together with its music director Yannick Nézet-Séguin, is among the best in the world. 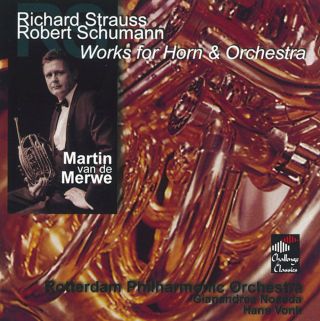 Richard Strauss, Robert Schumann
Product is no longer available
17-07-2017 Luister
"The fact that three major Dutch orchestra's put there forces together for an amazing Dutch composer deserves all credits."
14-07-2017 Crescendo
"Robin de Raaff: Remember this name, his third symphony is a masterpiece"
14-04-2017 De Volkskrant
"(...) The composer plays with the light-dark contrast into a four-part structure that begins to evolve into dark clouds, tangled layers and finally to complete dilution and solidification. (...)"
13-04-2017 NRC
"(...) A miracle is a big word, but inspired workmanship, it certainly is."
03-06-2015 De Standaard
""That the choir and orchestra the vague of this music make is sound extremely lucid, is for the colours of Ravel all for the better.""
03-04-2015 Cobra
""Sensual, refined, aesthetic"
"