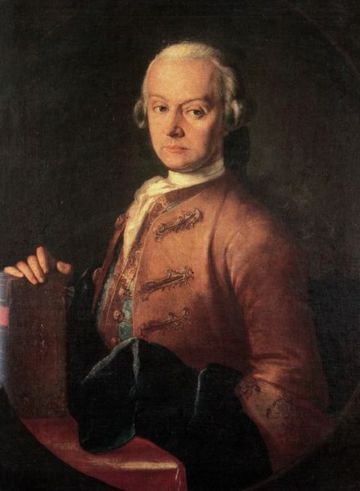 Leopold Mozart (1719-1787) is best known today as the father of Wolfgang Amadeus Mozart, but was also a composer and violinist himself.

Leopold was born on 14 November 1719 in Augsburg as the son of the bookbinder Johann Georg Mozart and his wife Anna Maria. His parents had planned a career as a priest for him. After the death of his father in 1737, he moved to Salzburg to study philosophy and jurisprudence at the Benedictine University. However, in 1739 he was expelled from the university for poor attendance.

In 1740, Leopold began his musical career as violinist and valet to Count Johann Baptist von Thurn und Taxis. This was also the year in which his first compositions were published, six Trio Sonatas op.1, dedicated to the Count. In 1743 he was appointed fourth violinist in the musical establishment of the Archbishop of Salzburg. He was promoted to court composer in 1757 and to Vice-Kapellmeister in 1763.

In the 1760’s, Leopold stopped composing to devote himself to the promotion of his musically gifted children Maria Anna (Nannerl) and Wolfgang Amadeus. With his family he toured through Europe to give concerts and to present the children as prodigies.

Leopold Mozart has many compositions to his name, including, cantatas, masses, symphonies and divertimenti. The Musikalische Schlitternfahrt and Cassatio ex G are currently his best known pieces. Leopold's compositions are characterised by the simplicity. He also often uses unusual instruments like bells, bagpipes and cimbaloms. Since Leopold’s music is overshadowed by that of his son, it is only rarely performed. 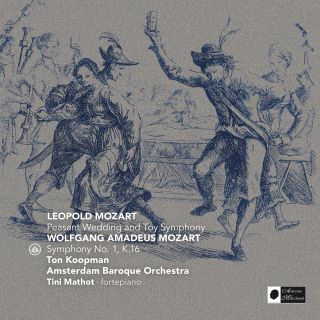 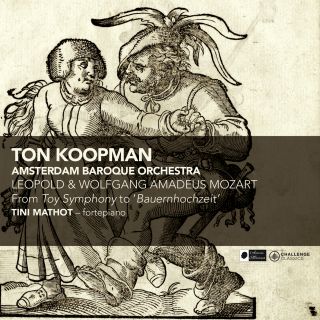 From Toy Symphony to Bauernhochzeit 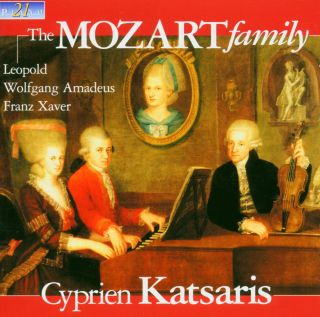