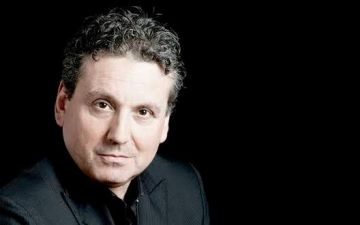 Riccardo Cecchetti, pianist and forte-pianist, is the founding member of various chamber music groups including the Trio Voces Intimae, which has played all over the world. After graduating cum laude from the Florence Conservatory, he began an intense concert career where he performed regularly in the most important concert halls worldwide – the Library of Congress in Washington D.C., the Carnegie Hall and Frick Collection in New York, the Concertgebouw in Amsterdam, Wigmore Hall and St. John’s Smith Square in London, the Musik Halle in Hamburg, the Teatro dell’Opera in Rome, Vredenburg in Utrecht, Shenzhen Concert Hall in Shenzhen, Tianjin Concert Hall in Tianjin only to name a few, to which are added prestigious Festivals and Associations such as the Festival van Vlaanderen – B, Oude Muziek Festival – NL, Da Camera Society in Los Angeles, Oberlin College Oberlin – Ohio, the Festival dei due Mondi – Spoleto, Italy, the Festival in Granada, Spain, the Festival in Melbourne, Amici della Musica in Florence, Unione Musicale of Turin and the Istituzione Universitaria dei Concerti in Rome.

He has an exclusive recording contract with Challenge Records. His recording of the R. Schumann Piano Trios op.63 & 110 on period instruments was awarded as Period Instruments Choice by BBC Radio3 and CD del mese by Suonare news – A. Foletto. Warner Classics published two CDs dedicated to the seven trios of J.N. Hummel that have been awarded as the Critics CD of the year 2006 and CD of the week by BBC Radio3, Choice of the Month by BBC Music Magazine and Cdécisif by the Radio Suisse Romande. He also recorded four CDs for the Italian recording company Symphonia, all on period instruments, as well as two recordings for the Spanish label Verso.

He teaches chamber music and forte-piano at the Scuola di Musica di Fiesole and holds piano, fortepiano and chamber music master classes in Italy, Spain and the USA. 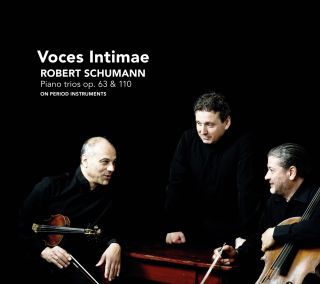 Robert Schumann
€ 12.95
Add to cart
Product is on stock
01-02-2016 Fono Forum
"Fono Forum Best Of 2015 - Ingo Harden: "A cross section of the late work which expresses the fantastic main feature of this music in a decisive and headstrong manner, but always perfect in form.""
05-08-2015 klassik-heute.de
""Riccardo Cecchetti proves on this CD that he is an extraordinary solist on the fortepiano. He comes up with a rich intonation, wonderful tempo rubato and distinct, but never exaggerating temperament and shows a in an exemplary and beguiling way, what - in the sense of the composer - an inspired paino playing means."
Artistical quality 10/10
sound quality 9/10
Overall impression 10/10"
28-07-2015 Stuttgarter Zeitung
""Riccardo Cecchettis gestural-rhetorical play appears like an improvisation. (...) Really a CD for experts and admirer.""
01-07-2015 Piano News
""Recordings that have no rivals. They are mainly immaculate, exemplary ones. Rarely this notes have been implemented in such an accurate way."
Interpretation 6/6
Sound 5/6
Repertoire value 6/6"
01-06-2015 Hermann
""Exemplary!""
01-06-2015 Gramophone
"["].. Riccardo Cecchetti offers a selection of sonatas and fantasias from CPE's Kenner und Liebhaber sets, playing on a notably rich-sounding restored instrument from the 1780's.""
01-05-2015 Fono Forum
"Recommendation
"A interpretational treasure, that, in the sense of Bach, immediately appears "heart-touching". Unique and standard setting (...)."
Musik 5 stars
Sound 3,5 stars"
01-05-2015 Diapason
"'Because he systematically and dryly accentuates the notes to their relief,  he subjects the whimsical and adventurous development of the sentence to a merely vertical event.'"
08-03-2015 The Observer
"['']...Riccardo Ceccheti plays them all with fire and a fine sense of direction, using a rather gentle German fortepiano of aroun 1785, which has almost all the expressiveness of a clavichord, but with added bite, so that the fierce accents really tell...['']"