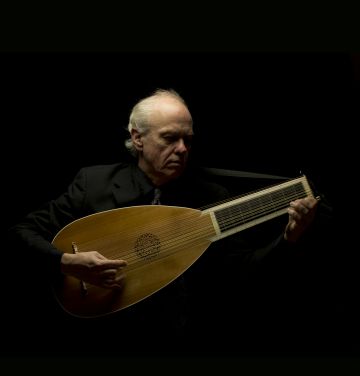 Like most musicians of his generation, Hubert Hoffmann, a member of Austria's leading early music ensemble Ars Antiqua Austria, pursues a wide-ranging career as a continuo player with numerous ensembles performing on period instruments all over the world. His fascination for the unique blend of lute music for the Habsburg Courts is reflected in his solo projects, in which he aims to shed light upon this undeservedly neglected niche in baroque lute music repertoire. His first solo CD of works by the Bohemian Count Johann Antonin Losy was received to wide critical acclaim. The second recording of music from the lute manuscript Ms.1255 in the monastery library at Klosterneuburg for the ORF Edition of Classical Music, the first ever recording of Wenzel Ludwig Radolt's important 1701 collection of lute concertos Die allertreueste Freindin for Challenge Classics, and the music of the Vienna lutenist Karl Kohaut, also for Challenge Classics, have now been issued.
In 2012, he was appointed curator of a long-term research project in the fields of lute music, lute playing  and lute restoration at Kremsmünster Abbey in Upper Austria, producing an edition of the tablatures for lute and mandora, stored in the music library there. As a part of this work he has recently recorded music of Father Ferdinand Fisher, a lute playing member of this Benedictine Monastery, also for Challenge Classic.
From 2013 to 2015 he was active as chairman of the Austrian Lute Society "ÖLG". As artistic consultant, he is also engaged in establishing a new concert series with music from the Goess Manuscripts in the historic Fronmiller Hall at Ebenthal Castle in Carinthia. 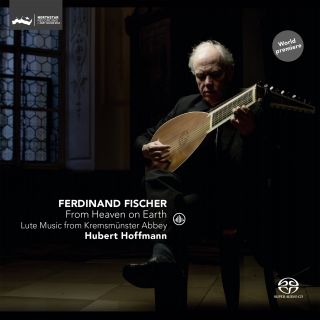 From Heaven on Earth - Lute Music from Kremsmunster Abbey

Ferdinand Fischer
€ 20.95
Add to cart
Product is on stock 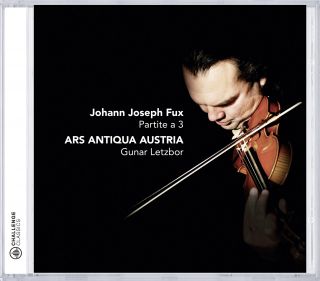 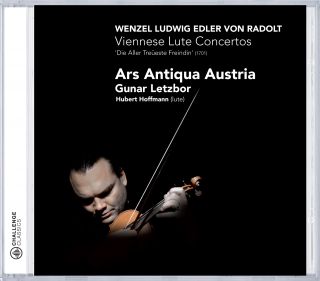 Wenzel Ludwig Edler von Radelt
€ 12.95
Add to cart
Product is on stock
01-06-2017 Fanfare Magazine
"All in all, whomever the composer or composers of the music on this disc are, it makes for attractive listening in an idiosyncratic but excellent series of 20 performances. Recommended."
01-05-2017 Concerto magazine Germany
"Hoffmann is playing these works as concentrated as introverted, but understands it, to give the dance pieces drive and rhythmic movement. With a very dense atmosphere, underlines the recording technique the impression of the intimity and seclusion of a monastery cell"
26-03-2017 Klassik-Blog "Ouvertüre"
"Hoffmann abduct us in this musical world, sometimes lost in thought, sometimes galant - but always very own. The listener shall enjoy these discovery, very nice recorded and above all excellent"
06-03-2017 Luister
"" (...) IThink this material would mostly be interesting for the hardcore lute enthousiasts (...) ""
20-01-2017 SWR 2
"Hubert Hoffmann's discovery is a real luck!…Music for silent moments which needs your attention"
18-01-2017 Kerk en Leven
"Hoffmann plays the compositions fantasticly."
16-12-2016 Kerk en Leven
"''Hoffmann playes these works masterly.''"
21-11-2016 HRAudio
"Best rating: *****