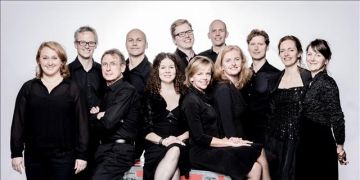 Consensus Vocalis was founded as a choir in the mid-1980s, with the aim of performing the large-scale works of Johann Sebastian Bach. These performances were given in conjunction with the likes of the Combattimento Consort Amsterdam, Concerto d’ Amsterdam, Musica Amphion, Holland Baroque Society and The Netherlands Symphony Orchestra.

The choir has also collaborated with The Netherlands Symphony Orchestra in a number of performances and recordings, with conductors including Jaap van Zweden, Jan Willem de Vriend, David Porcelijn and Klaas Stok.

Klaas Stok is the choir’s artistic director until the summer of 2018, while the commercial manager is Francis Faas. 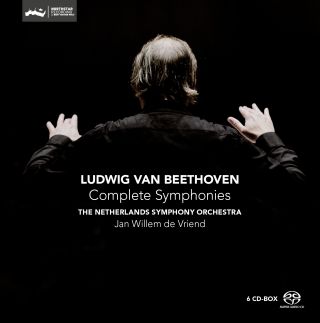 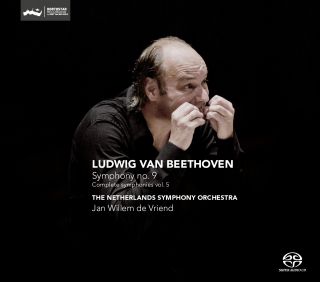 Ludwig van Beethoven
€ 12.95
Add to cart
Product is on stock
01-09-2020 Musicweb International
"The performances here seem very fine, and the involvement of Vasks himself ensures their authenticity. [...] The recording is warm and glowing; this is a live recording but no applause is included. There are other recordings of all the works here but not in this combination. Warmly recommended."
01-09-2020 Opus Klassiek
"

The performance by Daniel Rowland and the Stift Festival Orchestra is excellent, but it is no match for this Baltic display of force, especially for the contribution of the orchestra. Vasks' lavish orchestration is in better hands with the Baltic musicians and Kremer's scorching tone almost literally sets the work on fire. Although there is certainly much to be said for the particularly beautiful sound that Rowland elicits from his violin and, despite the many rightly spicy accents, his approach to this work that hints more towards nostalgia and longing.

"
01-07-2015 GRAMOPHONE
"''Here we have a ligt-footed, modern-instrument account which gently projects the textural divergence and melodic simplification of 'awkward' Baroque contours, although 'Erbarme dich' for soprano rather reverses the trend with its extrovert reworking''"
01-06-2015 Early Music Review
"''So this is not really an 1841 performance in the expected sense of the word, but a good and clear account of the 1841 Mendelssohn version on modern instruments, played with a good deal of awereness of historical performance style.''"