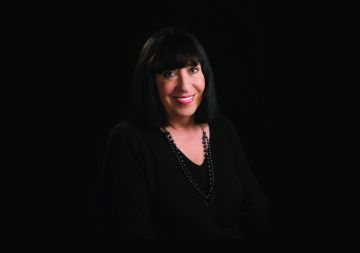 …."one of the world’s finest pianists….”
New York Times

Hailed as a major star in classical music Angela Brownridge has been compared with such pianists as the legendary Solomon, Rachmaninov, Cherkasky, and Bolet. By realising that many pianists of a bygone age played with far more individuality, magic, and inspiration than has become the fashion, she was able to develop her own unique personality. In an age which has become over-fascinated with mere technique, and which seeks the degree of 'perfection' offered by over-edited CDs, Angela's playing restores spontaneity, character, and beauty of sound to the platform.

A child prodigy, equally talented in composition, extemporisation, and technically brilliant, Angela first performed in public at the age of seven, and a year later had several pieces published. By the age of ten she had given her first concerto performance, and in her early teens was appearing regularly as a recitalist and concerto performer throughout Great Britain and abroad.

Since then Angela has appeared in all the major London concert halls, and has visited Eastern and Western Europe, the USA, Canada, the Far East and Australia. She has been a soloist with many leading orchestras and conductors. Festival engagements include Bath, Edinburgh, Warwick, Newport Rhode Island, Bratislava, Brno, Hong Kong, and Maastricht.

She has also appeared on BBC TV in programmes which have involved her in discussion about the music she has performed. She often gives lecture recitals and master classes, and maintains her love of improvisation which has led her on occasions into the world of jazz. 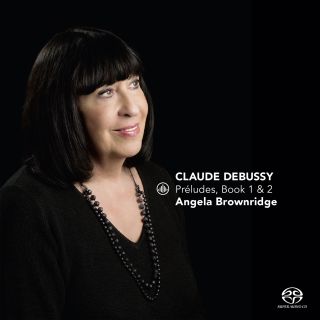 Claude Debussy
€ 19.95
Add to cart
Product is on stock 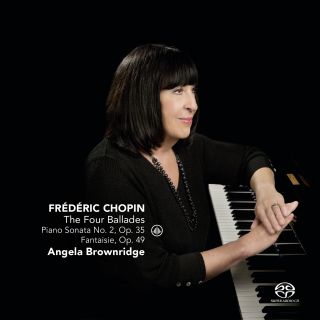 Frédéric Chopin
€ 20.95
Add to cart
Product is on stock 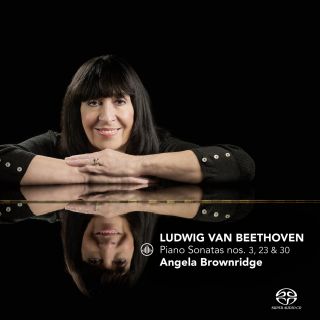 Ludwig van Beethoven
€ 20.95
Add to cart
Product is on stock
23-01-2018 Stretto
"This is a wonderful piano game that combines technical virtuosity with astonishing subtlety and dynamic control. Highly recommended."
04-01-2018 MUSICAL OPINION QUARTERLY
"The recording quality is of demonstration standard, making a disc that deserves a place in any record collection. Most comprehensively recommended."
10-12-2017 CD choice UK
"This Debussy disc represents the apogee of her achievement."
27-11-2017 Opus Klassiek
"The pianist does not settle for conventional beauty, but would like to give the rhythmic innovations all space. Moreover, this pianist is not a lover of vagueness and slowness that must suggest depth. Her playing therefore has clear qualities."
26-10-2017 Music&Vision
"... both technically and poetically impressive with a wide range of emotions"
16-10-2017 Music Web International
"I would recommend anyone to have a listen and make up their own mind about Angela Brownridge’s Chopin, especially in the Ballades and Fantaisie."
01-07-2017 Piano News
"One can only agree with the critics that her playing is spontaneous and full of suspense"
01-06-2017 Westvest magazine
"The measurements and proportions make sure that sound is reflected at the right moment and meets your ear."
26-05-2017 Klassieke zaken
"This cd is perfect for lovers of a spontaneous and healthy Chopin, averse mannerisms and delicate nuances."
03-04-2017 Pianist
"(...) we have nothing to complain about when it comes to sleight of hand, spontaneity and passion . (...)"
01-04-2017 MUSICAL OPINION QUARTERLY
"I simply had to make a CD of my choice of Debussy, So I suggested the complete Préludes and L'Isle Joyeuse"
01-04-2017 Gramophone
"Angela Brownridge's robust and colourful pianism will quickly quash anyone's mental image of Chopin as weak and tubercular."
10-02-2017 HR Audio
"

Masterly though her ballads are, Brownridge saved her very best for the conclusion of this in every aspect remarkable recital. The Fantasy gets a rendition as only pianists of the top echelon can deliver; 12 Minutes of sheer perfection!

"
07-02-2017 Opus Klassiek
"This is Chopin - it sounds almost disrespectful - at his best. Top of the bill, so to speak. And that for more than an hour. I can not be short about her technique, because what I am hearing is phenomenal."
24-08-2016 Musicweb
"The recording sounds like a single take and the listener is drawn into something akin to a live performance with a palpable sense of occasion."
01-07-2016 Piano wereld
"''On the Steinway of Westvestgo in Schiedam the English pianist knows how to convince us with great tunes in the pianosonates of Beethoven.''"
20-06-2016 Princeton NJ
"The recorded sound is excellent and truly shows all the details of these magical performances. Even if you think you know these pieces well and have heard them many times, you should listen to this disc. It may well open your ears to details you never noticed before, and gives you even greater insight into these wonderful masterpieces."
01-02-2016 Pianist
""The strength of the classical music of Beethoven comes from the pulse of the tempo. You have to hold on to that, unless the composer indicates otherwise. That idea has settled in my mind and that's why I wanted to make this recording, with all the consequences. It's something I really believe in.""