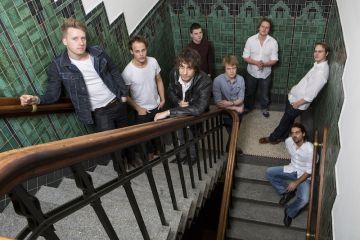 Marutyri is a Rotterdam based instrumental fusionband.
They went off to a flying start since the foundation in september 2014.

How did this come to be on such a short notice? Well, delivering hard work on not only their compositions – but also making stunning live video’s and putting thought in a deadline based strategy – turns out to be highly effective. Most of the compositions, arragements, and project planning comes from bandleader and bass player Rik van der Ouw. The band
shares artistic ideas, works on it hard and focussed, and then shoots it out into the world.

The founders of the band became friends back in 2011 when they started studying at the
Codarts conservatory in Rotterdam. After going through different bands and projects (such
as soul/funk formation Grant, with talented vocalist Jared Grant) they decided instead of
just listening to fusion music, to also make it themselves. 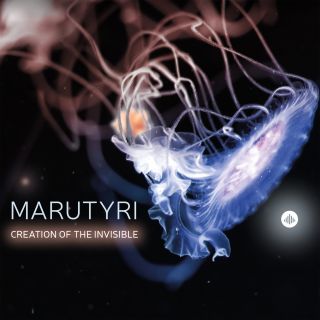 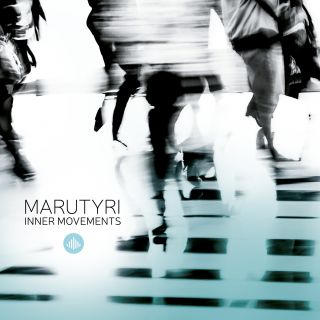 € 19.95
Add to cart
Product is on stock
05-03-2018 Pop unie
"Tighter than ever, distinctive themes, musical highlights, surprising twists and finger-licking solos - as the record of these eight Rotterdam may be characterized."
24-11-2017 Jazzenzo
"The sound of Marutyri is very mature and the band has great musical talents. After two EPs the debut album 'Inner Movemenst' - nominated for an Edison - and now there is 'Creation of the invisible'."
17-06-2016 Jazzenzo
"''Music that has its own idendity. Maryturi sounds like a well-oiled machine that has got a beautiful future laid out for them''"
01-06-2016 Jazzthing
""This Rotterdam-based band is one of the hottest acts of a new fusion-scene.""
19-05-2016 Music Frames
"The début album ‘Inner Movements’ is full of indispensable grooves that are peppered with funky (beautifully arranged) brass riffs, with fine keyboards & Hammond organ, complemented with funky Fender guitar and sparkling percussion."
20-04-2016 Popunie
"''Inner Movements is a great jazzrock album from Holland''"
10-04-2016 JazzNu
"Concert review"