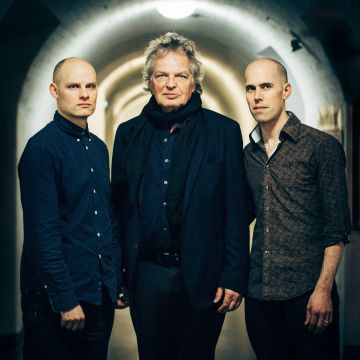 Joachim Kühn is a German pianist of world standing, a stand-alone figure in European jazz. In his new trio, joined by players from a much younger generation, he shows absolutely no signs either of slackening or of surrendering to his age - he is in his early seventies. Kühn’s musical curiosity is as boundless as it always was, his urge to keep creating new music is undimmed. It is as if for him to stand still would be to go backwards. He lives in a finca in a remote part of Ibiza, overlooking the Mediterranean, where he is to be found either at the piano - he plays every day – or dipping into his vast library of music. He has over 1,500 CDs, ranging from old recordings to up-to-the-minute releases.
For “Beauty & Truth” he and producer Siggi Loch have made a selection of new and old pieces, reaching out into unfamiliar repertoire, and recorded them with the new trio. “These are strong melodies which can be given a really distinctive shape” he explains. They are also pieces which in their different ways are of personal significance to him. “Kattorna”, the Krzysztof Komeda composition, is a case in point: “I was present at the recording sessions for the album “Astigmatic” in Warsaw in 1965, and listened in. The memory of having heard this piece came flooding back to me.” Kühn is also to be heard for the first time playing the music of The Doors. There is also a reggae-dub track from Stand High Patrol on the album. It was inevitable that Ornette Coleman, who died in June 2015, and played exclusively with Kühn from 1996 to 2000 would also figure prominently. The title track “Beauty And Truth” is a miniature for solo piano. It serves as a prologue to the album, both setting its tone and defining its concept, which is to get straight to the essence of what each composition is about, to discover its intrinsic truth, and to elicit the authentic beauty
from it.
In these twelve pieces a new and different Joachim Kühn can be heard: his piano playing is powerful and clear, and musically he has a way of going straight to the heart of the matter. He is always solidly grounded in the groove, he plays with unconfined joy - and with buckets of soul too. Kühn is palpably excited by his new trio: “After several years, I have now returned to the classic piano trio format. The trio with Jean-François Jenny-Clark and Daniel Humair was in existence for 30 years. It was the trio of my life. The depth and the intensity we found were incredible. In Eric and Chris I have found a new dream team. It is very inspiring to play with them.” 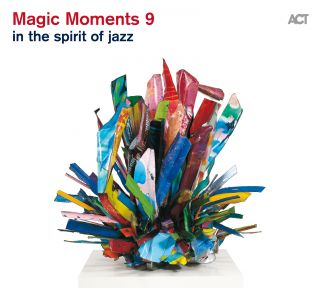 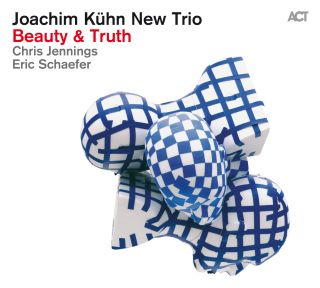