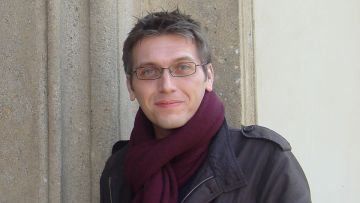 Kenneth Hesketh began composing whilst a chorister at Liverpool Cathedral. He has received many commissions from major performing organisations in Europe, Canada and the US. Susanna Malkki chose his work for her opening concert as Music Director of Ensemble intercontemporain and his music has been featured in concerts by Frankfurt Radio Symphony Orchestra, the SWR Orchester Baden-Baden, Psappha, the ASKO ensemble and BBC NOW. Hesketh’s works for symphonic wind band have become contemporary classics of the genre (Danceries, Masque, Diaghilev Dances). Regular performances of them around the world have led to British, Japanese, American and Canadian commercial recordings.