THE TRIO
It’s no coincidence Jasper Somsen’s third album as a leader features an internationalpiano trio line up. Recently performing and/or recording with a.o. Enrico Pieranunzi, Joey Calderazzo, Jeff Ballard, Justin Faulkner & André Ceccarelli, he is much sought after by (in particular) pianists. The former New York, now Montreal based French master pianist & composer Jean-Michel Pilc and one of Jasper's all time favorite French drummers André Ceccarelli joined him. The music is an intriguing and exciting exploration in the hearts and minds of these three wonderful musicians.

TWO ALBUMS
On July 11 and 12, 2016 the Jasper Somsen Trio went into the MotorMusic Studios, Mechelen (Belgium). Their entire album was recorded in less than one recording day. The same night Challenge Records decided to have the trio record their second album on day two. And just so happened. The first album is an all new original compositions album by Jasper Somsen. The second album contains a mix of free improvisations and some freely approached standards and was recorded in less than 6 hours. Most of the tracks of the second album were recorded in just one or two takes. 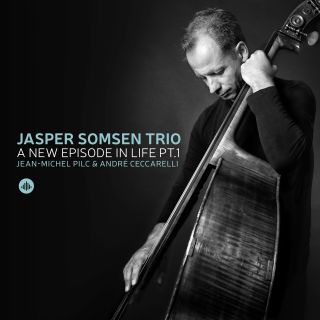