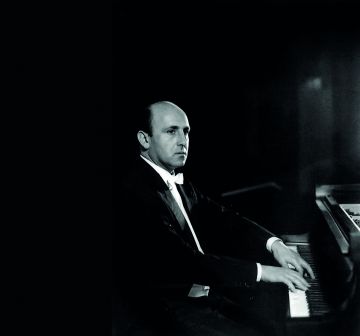 Scarpini was Born in Rome in 1911. His mother was a pianist and his father an army officer. He graduated in 1937 from the Accademia di Santa Cecilia where his teachers had been Alfredo Casella for piano, Ottorino Respighi for composition, Alessandro Bustini for conducting, and Fernando Germani for organ.

At his graduation concert in 1937, Scarpini was to conduct the orchestra of the Accademia di Santa Cecilia in the Teatro Adriano in Rome, but ended up replacing the indisposed soloist in Mozart’s Piano Concerto in E flat major, K271. The success of this performance led to an offer of three concerto performances with the Berlin Philharmonic Orchestra at the Philharmonie in Berlin. The reviews referred to ‘an eminent pianist’ and
‘a new star in the international sky of pianists’. Thereafter began an international career, first taking Scarpini to Budapest, Berlin and Lübeck for recitals in 1938, where critics described him as ‘a soloist of the highest stature whose playing is exceptional’. During the war Scarpini was appointed to the Parma Conservatory on Casella’s recommendation but requested a transfer to the Cherubini Conservatory in Florence a year later. At the 1948 Salzburg Festival Scarpini played a work which he would champion throughout his career: Schoenberg’s Pierrot Lunaire. He played the work for the BBC on his first visit to London the following year and continued to add contemporary works and those of his compatriot, Ferruccio Busoni, to his repertoire. Scarpini’s concerto repertoire list for 1950 includes works by Busoni, Prokofiev, Stravinsky, Bartók, Schoenberg, Dallapiccola, Casella, Petrassi and Ghedini, as well as the more familiar ones by Mozart, Beethoven, Brahms, Liszt, Tchaikovsky and Rachmaninov.

Indeed, after the war his programmes reflected his interests in contemporary music and the music of Busoni, but he would also programme major works of Bach such as the Goldberg Variations, BWV 988, Die Kunst der Fuge, BWV 1080 and both books of Das Wohltemperierte Klavier.

A performance of Prokofiev’s Piano Concerto No. 3
in Geneva in 1950 prompted Alfred Cortot to write Scarpini a letter of appreciation in which he said, ‘…c’est une joie pour un musician de mon âge de voir se lever, à l’horizon de son art, une personnalité telle que la vôtre!,’ (‘it's a joy for a musician of my age to see a personality such as yours rise on the horizon of his art!’) and when Furtwängler toured Italy in the years after the war, Scarpini had the opportunity of playing Beethoven’s Piano Concerto No. 4, Op. 58 with him in Rome during January 1952.

After meeting Scarpini in Florence, conductor Dimitri Mitropoulos invited him to perform in New York in 1954 where they gave three performances of Prokofiev’s Piano Concerto No. 2, Op. 16 – a rarely heard work at that date. His health began to fail in 1956 while on another tour of the United States but the following year he performed the new piano concerto by Roger Sessions in Europe. Reducing his concert schedule in the early 1960s, Scarpini performed Bach’s Die Kunst der Fuge, BWV 1080 at universities throughout Italy and performed Das Wohltemperierte Klavier complete at the 1960 York Festival in Britain.

After his retirement from the concert platform in the late 1960s Scarpini continued to give masterclasses but a heart operation in 1982 resulted in him only being able to play the piano at home. He died in Florence in November 1997.

During his career Scarpini performed with many great conductors such as Wilhelm Furtwängler, Dimitri Mitropoulos, Pierre Monteux, Hans Rosbaud, Hermann Scherchen, Ferenc Fricsay and Karl Böhm. He also worked with Hindemith in his youth and had a lifelong friendship with composer Luigi Dallapiccola.

Scarpini was that rare combination: a highly intellectual pianist with a virtuoso technique.
He was a dignified and solitary person with a serious approach to music, single-mindedly following the course of his artistic convictions without compromise. 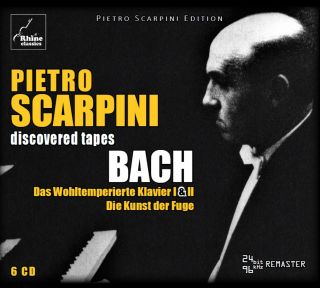 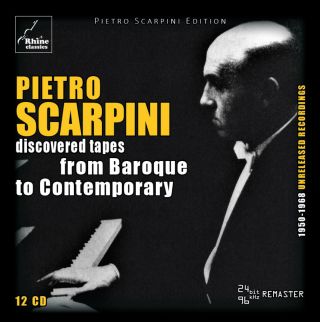 Discovered Tapes | From Baroque to Contemporary 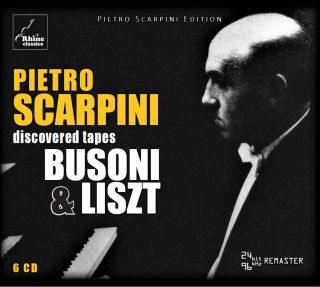 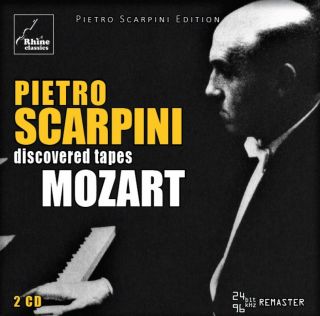 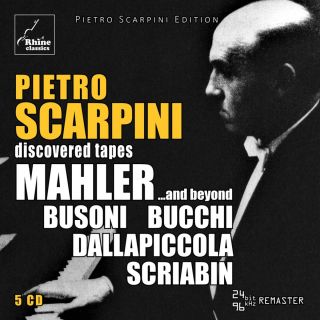 Mahler and beyond (5CD-Box) 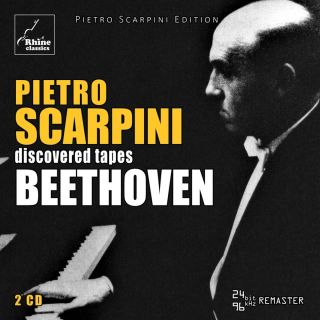