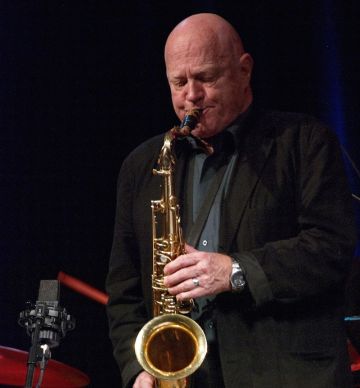 Don Menza is a powerful tenor saxophonist, with an dynamic and distinctive sound and soloing style. Born in Buffalo, New York in 1936, Menza started playing tenor saxophone when he was 13. After getting out of the Army, he was with Maynard Ferguson’s Orchestra (1960-1962) as both a soloist and an arranger.

A short tenure with Stan Kenton and a year leading a quintet in Buffalo preceded a period living in Germany (1964-1968). After returning to the U.S., he joined Buddy Rich’s 1968 big band in the “jazz tenor” chair, recording the famous solo cadenza on “Channel 1 Suite” (Recorded “live” at Caesar’s Palace, Las Vegas) that utilized circular breathing and has become known as a classic among music educators and musicians alike.

He settled in California and has worked with Elvin Jones (1969), Louie Bellson, as an educator, and in the studios. Don Menza, who has made far too few records, recorded as a leader for Saba (1965) in Germany, Discwasher (1979), Realtime, and Palo Alto (the latter two in 1981). Don was a long time member of The Tonight Show Band, with Johnny Carson.

His compositions, such as “Groovin’ Hard” and “Time Check” (both favorites of Doc Severinsen’s NBC Orchestra and Buddy Rich’s Big Band) have become standard repertoire in jazz studies programs at colleges and universities worldwide.

In 2005 Don Menza was inducted into the Buffalo Music Hall of Fame. 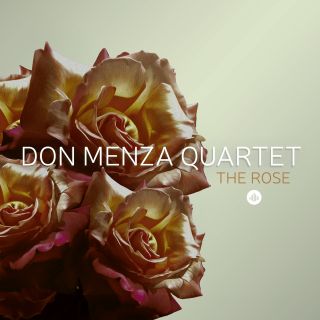