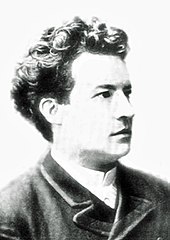 The Czech pianist and composer, August Stradal, studied at the Conservatoire in Vienna with Anton Door, Theodor Lescheticky and Anton Bruckner. In 1884 the young artist left for Weimar to become a disciple of Franz Liszt whom Stradal also accompanied to Budapest and Bayreuth in 1885 and 1886.

August Stradal was an advocate of F. Liszt's music and an artistic re-designer of the compositions of Anton Bruckner. August Stradal is also the author of several literary works, e.g. Memoirs of Franz Liszt, Small Union etc. published by Paul Haupt in Bern in 1929. In 1928 he won the Czechoslovak State Award.