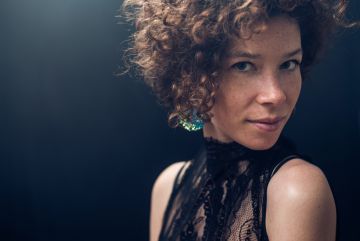 Charlotte Haesen, born in Amsterdam in 1987 and raised in the French-speaking part of Belgium, studied jazz singing at the Amsterdam University of the Arts. On a sunny Saturday afternoon she sang French chansons at Amsterdam’s Noordermarkt, where she was discovered by viola player Odile Torenbeek.

Odile and Charlotte decided to put together a chanson programme anchored in a string quartet ensemble. Leading arrangers such as Paul Prenen and Wijnand van Klaveren then ‘arrayed’ the chansons around Charlotte’s own particular sound. The next step was the founding of Café des Chansons: Charlotte Haesen plus four musicians from the Netherlands Philharmonic Orchestra. They perform gems of the repertoire, including the great French classics by artists such as Barbara, Gainsbourg and Piaf.

The first album of Café des Chansons received critical acclaim. Erik Voermans of Het Parool awarded it with five stars:
"Those who listen to the cd Café des Chansons, are stunned by three things at once.
A fascinating voice.
The crystal clear French.
And the surrounding velvet strings." 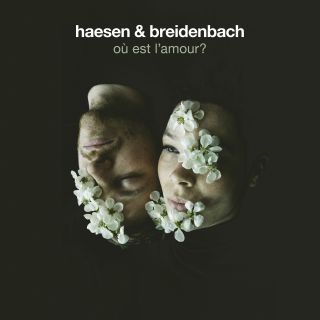 Jacques Brel, Jacques Datin, Michel Legrand, Charles Trenet, Miarka Laparcerie
€ 19.95
Add to cart
Product is on stock
01-02-2022 Jazzmania
"
Musically the duo evolves into a mixture of soft jazz/acoustic guitar and "French song", but all this is relatively accessible, sometimes a bit sharp.
"
24-12-2021 Nieuwe Noten
"
Atmospheric guitar playing, perfectly supporting her vocals, nice modest percussion that gives body to the pieces, it makes this a pleasant album.
"
06-12-2021 Musikansich
"... Another jewel for me is "Alishan" composed by Gu Jiahui and Kin Qin Lán Shi, wonderful, this Asian flair, and here Charlotte Haesen proves how much emotional expression she has in her voice. All in all a wonderfully relaxing and decelerating album on a very high level!"
19-11-2021 nrwjazz net
"... create small, pretty individual sounding song pearls, in which one dives only too gladly."
19-11-2021 virgin jazz face
"... pursue their search for love in an area of tension between jazz, chanson and indie folk in four
languages ..."
08-11-2021 jazzfun
"Those who know the previous successes of the two artists, I do not need to encourage to listen to this album. Those who know them less, I recommend to make a cup of good coffee, cover yourself with a warm blanket and play this album. It's worth it, it's great!"
01-11-2021 Jazzthing
"... où est l'amour? is a little song wonder that captivates with its charm and originality."
01-10-2021 Rootstime
"The album starts with the cheerfully hopping “Danse avec moi”, in which it immediately becomes clear what a great guitarist Philip is. In “Qui protège les marins ?” I again notice the quicksilver vocals of Charlotte, which also sounded so pleasant to my ears with Café des chansons."