NOR59 String Institute was originally founded in 1972 as Nordstrandhogda String Orchestra, an amalgamation of several school orchestras from local schools in the Nordstrand area of Oslo, Norway.

In 2009 Thorn Magnus Reymert took over as conductor. At that time the orchestra consisted of 12 members. Reymert had high ambitions and a desire to create a large and unique orchestral environment. A focus on recruitment was initiated, and today the orchestra has 130 members divided into five levels: chamber, main, junior, aspirant, and pre-aspirant orchestras.

From the orchestra’s 130 members, 20 well- functioning chamber groups have been formed, each of which receives weekly tuition and regular performance opportunities. NOR59 also runs it’s own Summer Course that attracts children and youth from all over Norway.

Diversity is a key value in NOR59, something which is consciously developed in order to create an orchestral environment where everyone has the opportunity to participate regardless of their particular background. In 2013 Kari Gustavsson published the report “A Reasonable Chance” based on interviews conducted with orchestra members. The interviews in the report aroused strong emotions among many and stands out as a unique manifesto of a successful integration project. Gustavsson’s report resulted in Her Majesty Queen Sonja visiting the orchestra in October 2014. 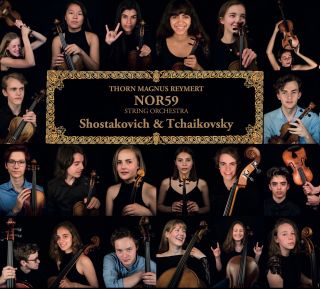