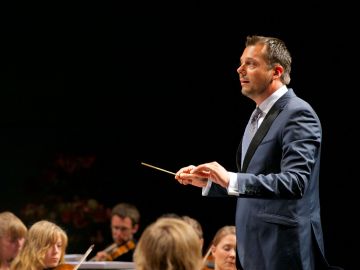 Peter Szilvay (b. 1971) is known as an ener­getic and charismatic conductor. He is also one of a growing number of versatile conduc­tors who learned their trade from inside the orchestra. After working as a professional viola player, Szilvay served as Assistant Con­ductor to Mariss Jansons at the Oslo Philhar­monic and later held the same position at the Stavanger Symphony Orchestra. He has since conducted a string of illustrious ensembles including the St Petersburg Philharmonic, the Orchestre Philharmonique de Radio France and the Royal Danish Orchestra. In his na­tive Norway, Szilvay has worked with all the Norwegian symphony orchestras, as well as the professional bands and leading contem­porary ensembles. Szilvay is an experienced opera conductor and has worked on staples of the German and Italian operatic repertory in Norway and abroad. In 2011, Szilvay was recognized for his work with contemporary music when the Norwegian Society of Com­ posers awarded him their Artist Prize. He has conducted over 160 premieres and has recorded new Norwegian music with a number of Norway’s leading orchestras and ensembles. Moreover, Szilvay works diligently to ensure that older Norwegian music receives its rightful place in the concert repertory. 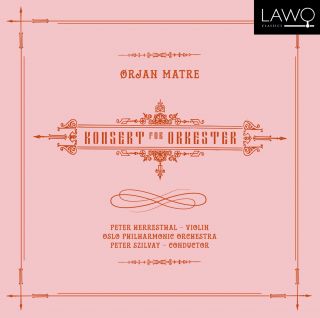