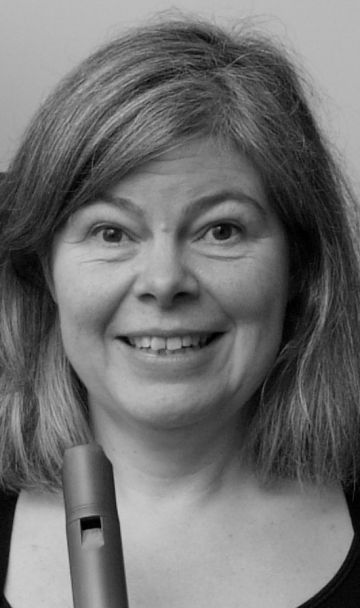 Ita Hijmans studied recorder with Jeanette van Wingerden and specialized at the Schola Cantorum Basiliensis (Switzerland) in medieval and renaissance music with Crawford Young and Kenneth Zuckermann. As artistic leader of Aventure and Foundation yellow crane, center for early music. Since 1992 she has been deeply engaged in conducting and researching especially late medieval music. She taught at various conservatoires as a guest lecturer in medieval music and did many courses in that area. Apart from her playing work for Aventure, she does the research and programming for the ensemble. She is a passionate musician and teacher and does nothing more than enthuse others for late medieval music.

She has published, among others, "The Recorderconsort ca.1500, Pictures, Extant Instruments and Repertoire", ed. Lasocki, 2005 and About Handschrift Koning: Between court and monastery, between north and south, late medieval music of the Dutch townspeople, in Historisch Tijdschrift Holland (2008).