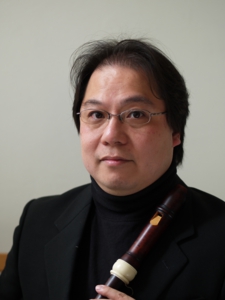 Fumitaka Saito studied recorder with Michel Piguet at the Schola Cantorum Basiliensis, with Matthias Weilenmann and then with Walter van Hauwe at the Sweelinck Conservatory. He won prizes at the Blockflöten Symposium Calw in Germany and 'honorable mentions' at the Musica Antiqua competition in Bruges. He has performed in Europe and his native country of Japan and since 1984 has also been involved in recorder-making. Since 1992 he has been based in Amsterdam as a recorder builder.