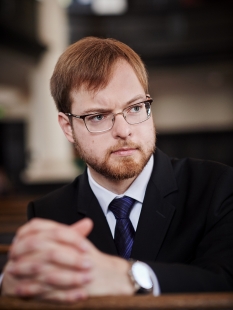 Maksim Štšura (piano) won First Prizes at the Beethoven Intercollegiate Piano Competition (2013), the Estonian Piano Competition (2008), the Steinway-Klavierspiel-Wettbewerb in Germany (2004) and the International Frederic Chopin Piano Competition in Estonia (2000). He has appeared as soloist with orchestras such as the Amadeus Chamber Orchestra, Estonian National Symphony Orchestra, Saint Petersburg State Academic Symphony Orchestra, Wiener Kammersymphonie and the Chester Philharmonic Orchestra. As a chamber musician he is in great demand, collaborating with Jakobstad Sinfonietta (Finland), Mediterranean Chamber Brass (Spain) and Florin Ensemble (UK) among many others.

Maksim studied at the Estonian Academy of Music and Theatre with Ivari Ilja and on exchange at the Hochschule für Musik und Theater Hamburg, before moving to London to complete his Masters and Artist Diploma degrees with Gordon Fergus-Thompson at the Royal College of Music. He has additionally received masterclasses from Dmitri Bashkirov, Stephan Hough, John Lill and Eliso Virsaladze. Alongside his performing career, Maksim is currently completing a Doctoral course at the RCM, where his research is focused on the piano transcriptions of the contemporary orchestral scores. He is also a Trustee of the Mills Williams Foundation. 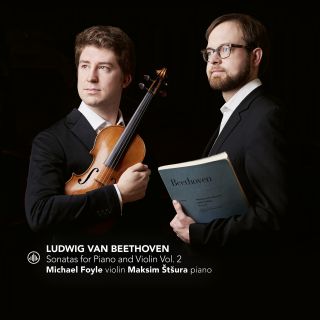 9/10 Foyle and Štšura's passionate and completely equal interplay sounds as if they wanted to give the best for an imaginary audience.

"
01-10-2021 Gramophone
"The evident care taken by both players and the attractive variety of tone colours Foyle draws from his 1750 Gagliano make the prospect of the final volume in this series a tempting one."
01-04-2021 Gramophone
"Recording Beethoven's complete violin sonatas in Mechelen, the home of Beethoven's forebears, during a period of near-global isolation revealed to this Scottish-Estonian duo 'new layers of emotional and psychological intensity', and you certainly hear this in the rapport between the two players. [...] the personality and the integrity of this duo are evident throughout and it will be fascinating to see what they make of the later sonata masterworks of Opp 47 and 96."
28-01-2019 BBC Music Magazine
"Foyle's playing is remarkable in its accuracy, tonal focus and impressive range of musical options."
01-01-2019 Luister
"With this cd the duo delivers a dream debut - ... Admirable how Foyle and Štšura tell the story completely in symbiosis and in the service of music. Rating: 10."
07-12-2018 Luister
"We both play our concerts completely without paper. This results in a lot of freedom and interaction."
05-12-2018 Pizzicato
"

"
29-11-2018 Stretto
"The acoustics of the church where this is recorded is excellent, there are many chamber music concerts and CD recordings in this church. Consequently: an optimal sound recording and played phenomenally. Highly recommended."