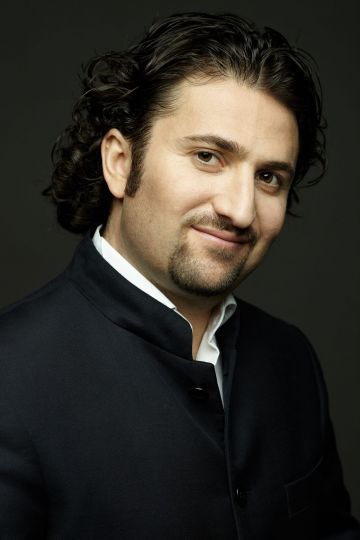 Mikhail Agrest was born in Saint Petersburg, the son of professional musicians. He emigrated in 1989 to the United States with his family to Charleston, South Carolina, where his parents played in the Charleston Symphony Orchestra, and continued his violin studies, receiving a degree in violin performance from the Indiana University Bloomington where he studied with Josef Gingold.

He returned to Saint Petersburg to study conducting under the legendary Ilya Musin and Mariss Jansons at the Rimsky-Korsakov Saint Petersburg State Conservatory. In the summers of 2000 and 2001 he studied with David Zinman and Jorma Panula at the American Academy of Conducting of the Aspen Music Festival.

Back in Saint Petersburg in 2001 Mikhail joined the Mariinsky Theatre, where he has delivered a long series of successful productions.

As an international guest conductor, he made his debut at the Metropolitan Opera in New York in July 2003 with the Mariinsky Theatre Orchestra with a production of Rimsky-Korsakov’s opera The Legend of the Invisible City of Kitezh and the Maiden Fevroniya. In the same season he made his first appearance at the Royal Opera House in London with Stravinsky's ballets The Rite of Spring and Les Noces.

Continuing his success as a guest conductor, he conducted the award-winning 2006 production of Jenufa at the English National Opera, directed by David Alden. In the summer season of 2008 he conducted productions of Tosca at the Royal Swedish Opera and of Don Giovanni at Opera Australia.

In 2010 he returned to Charleston to conduct the Charleston Symphony Orchestra in a concert.