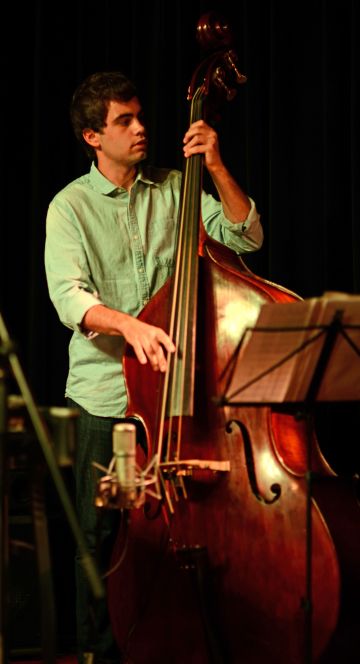 Fabien is born in 1990 in Switzerland. After two years of piano lessons, at 14 he discovered the passion for the electric bass, that he studied for two years. He turned quickly to the double bass, that became his main instrument. In 2011 he obtained a scholarship  from the Fritz Gerber Foundation based in Zurich. That gave him the opportunity to spend 6 months in New York and dive deeply into the intense musical sourround of this city.

Fabien had the opportunity to study with Ben Street, Bänz Oester, Jorge Rossy and Sophia Rosoff. Back to Switzerland, he entered in the Jazz School of Basel in 2012. He is actually playing in many Jazz projects in Switzerland and France.