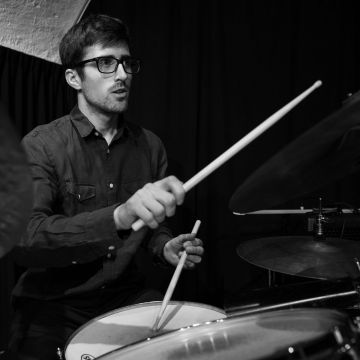 Originally from Geneva Switzerland, drummer Noé Tavelli (1992) moved in New York in 2015 where he studied at the Manhattan School of Music under the guidance of John Riley, Justin DiCioccio and Jim McNeely. He also graduated from the Drummers Collective in 2011 as well as from the Lausanne Conservatory of Music (Switzerland) in 2015.

Despite his young age, Noé has already been involved in project with major jazz figures such as Dee Dee Bridgewater and David Liebman.

As a performing artist, Tavelli has also appeared with Ohad Talmor, Edsel Gomez, Richard Sears, Florian Favre, Jean-Lou Treboux, Nat Su, Gabriel Zufferey, among many others. He is a 2015 reciepient of the Friedl Wald Foundation for young talents.