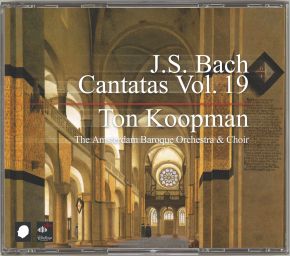 His first five years as Thomaskantor cost Johann Sebastian Bach unusual effort, as he has undertaken to compose the church cantatas appointed for each Sunday more or less by himself. He was not contractually obliged to do so, but he adhered quite strictly to this plan at least for two years and loosened it a little for the third yearly cycle, which was spread over two or three years. Even so, Bach never got stuck in a routine, as he was constantly discovering new facets of the cantata genre.