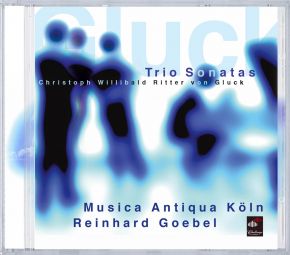 Outstanding composers of vocal music are not always equally pre-eminent in the field of instrumental music, and vice versa. Handel and Mozart in the 18th century may have proved the gifted exceptions to this rule, but it would certainly be a mistake to mention Bach's name in the same breath, as most of his contemporaries considered his vocal works as paradigms of instrumentally conceived non-vocality. Indeed, Bach himself remarked to his childhood friend Georg Erdmann in the 1730s that his transition from Capellmeister to Kantor - i.e. from his Cöthen to his Leipzig job - was an indignity; perhaps we should consider this description as more than just an irrational self-assessment. The style of the sonatas inclines in the direction of Sammartini, a favourite of the English opera scene at that time. Gluck operates as it were in a free space, keenly searching, creating many beautiful moments but almost no self-contained musical forms or definite musical events. And why should it be otherwise? With this cd, Challenge Classics launches a world premiere recording.

I downloaded this cd from amazon but there is no information available so I appreciate your info here, however I would like to know the recording date of this cd. thank you...... w. gale jr.