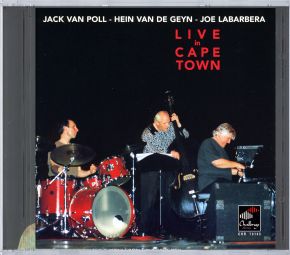 By the time the trio recorded this CD, taken from the last two performances of the tour, it was quite clear that the collaboration was a stunning success.

Live In Cape Town therefor is an album we are really proud of to release. It is an unique combination of three jazz-giants who know each other so well. Jack has known and played with Hein since the bassist was 18 years old. One of Hein's most outstanding formations is his own trio called Baseline (of which there are various albums previously released on Challenge Records). The drummer of Baseline is Joe LaBarbera, and that is how this connection came into being. And let's hope they will keep on performing together and make albums like this one, with pieces of jazz which express pure emotion.