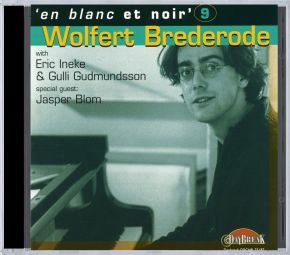 Artist: Wolfert Brederode, Eric Ineke, Gulli Gudmundsson, Jasper Blom Daybreak presents the ninth CD in the piano series 'En Blanc Et Noir' with Wolfert Brederode.This piano series,named after a compo-sition by Claude Debussy,was initiated to introduce a number of piano players (and guests) from Holland's younger generation. Wolfert Brederode (1974) is one of Holland's most in demand piano players and he also has attracted considerable attention throughout Europe.With his own groups such as the Wolfert Brederode Trio, the Wolfert Brederode-Eric Ineke Quintet (including Jarmo Hoogendijk on trumpet and the Austrian saxophonist Harry Sokal) and Nimbus he has toured Holland, Belgium, Germany, France, Norway, Switzerland and Austria. He is also a featured sideman with a.o. singer Susanne Abbuehl. Brederode has also performed and/or recorded with Dave Liebman, Tony Lakatos, Ack van Rooyen, Jeanne Lee, Eric Vloeimans, Per Oddvar Johansson, Rachel Gould and Yuri Honing, amongst others. Wolfert Brederode also released several records on Challenge sublabels A-Records and Buzz.