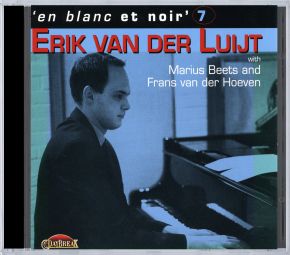 After Juraj Staník it was Erik van der Luijt's turn to participate in "en blanc et noir." This pianist attracted the attention of Daybreak's Fred Dubiez as Ilse Huizinga's accompanist. Since then two Daybreak CD's featuring him have been released. On the first, "en blanc et noir" #2, van der Luijt is accompanied by two wonderful Dutch musicians he'd previously worked with: bassist Hans Mantel and drummer Joost Kesselaar. On three songs Ilse Huizinga is featured. Also available is "en blanc et noir" #7, where Van der Luijt's special talent as a solo performer-already showcased on #2-is reconfirmed. On this CD he is accompanied by two master bass-players, Marius Beets en Frans van der Hoeven, who play together on two tracks with inspiring results.