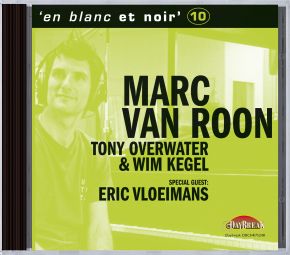 Once jazz was regarded as solely the domain of American musicians, despite the presence of worthy European players beginning with Django Reinhardt. Like him, many non American jazz musicians taught themselves how to play the music. In our time, however, 20 years' experience at Dutch conservatories has shown us that jazz can also be taught in the class-room, just as non Europeans can learn to perform European classical music.

In the Daybreak series "en blanc et noir" (named for a composition by Claude Debussy), we introduce not only a number of piano players (and guests) from Holland's younger generation, but also some of their teachers, and other veteran pianists, who have had few opportunities to record under their own names. With this series we hope to rectify that situation. Most of the music on Daybreak is modern mainstream jazz in the American tradition. Some players we feature are close to the spirit of Oscar Peterson, Wynton Kelly and Tommy Flanagan, but some are also inspired by modern developments in European improvised music.

Photo by Floris ScheplitzOn Saturday 27th of March, Jungle Boldie will present their new album in the Bimhuis, Amsterdam. The Jungle Boldie consists of three of Hollands most renowned jazz musicians.  Overwater, Ornstein and Kegel met at the Royal Conservatory in the Hague during their studies and have been playing together ever since. They have the shared vision of what it is to play and perform ‘free’ music in the ...

I would like to hear a song to know more about the artist and see if it sounds good to me.