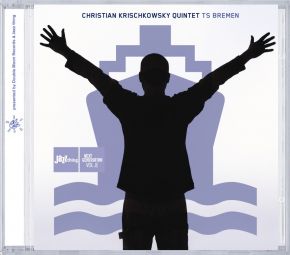 "TS Bremen" is the impressive debut of a drummer, who composed all the pieces, something a bit unusual. As leader of a top-rate quintet, he sets the direction self-confidently, but his playing always remains in the spirit of the group. The name of the albums is a play on ship, with which Krischkowsky's parents once sailed from Bremen to New York and back. On the other hand, you travel through Krischkowsky's current world of emotions on the album. The extremely emotional, modern jazz compositions do not conceal Krischkowsky's roots in the pop/rock genre, and they often have powerful grooves. But the quintet also drifts for a brief period into the realm of the avant-garde and leaves time for the soloists to show off their expertise. As a result the album remains a very exciting musical journey from the start to the finish.